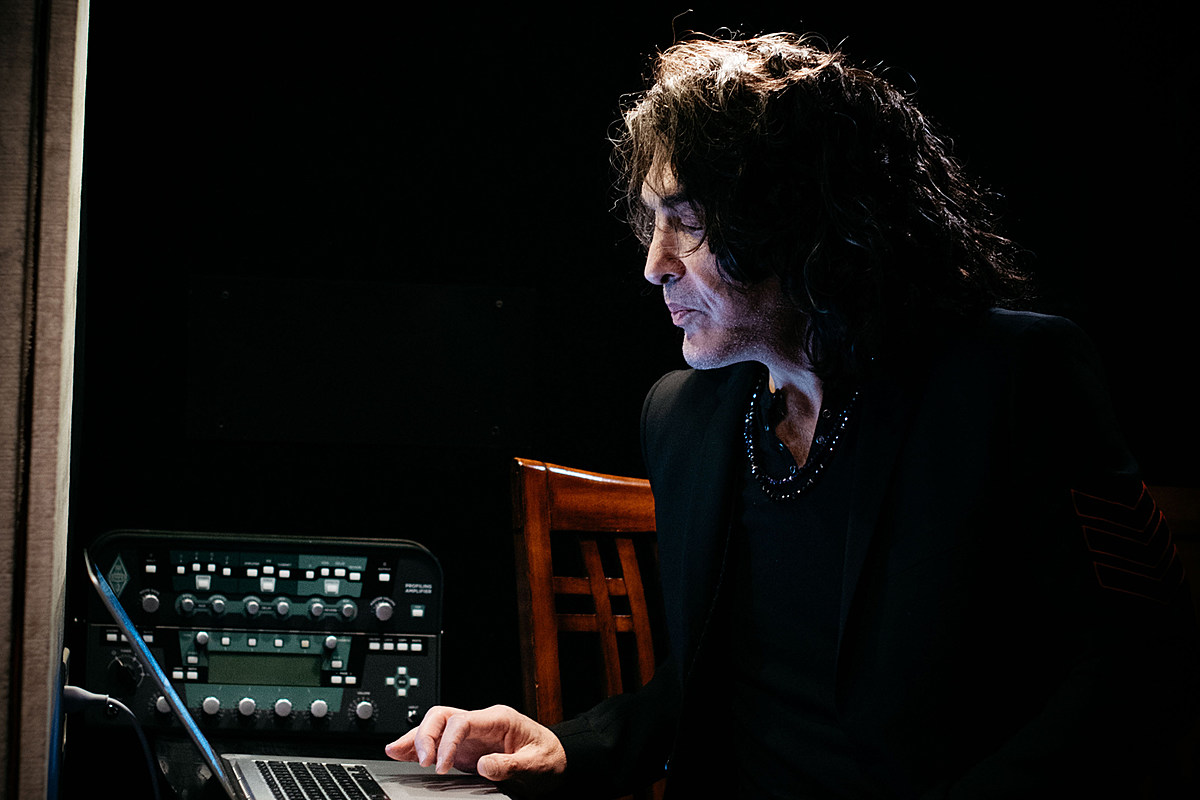 Paul Stanley has released the latest single from his Soul Station project, a jubilant original titled “I, Oh I.”

The track bounces along to a buoyant rhythm, with percussion, piano and strings leading the way. Meanwhile, Stanley’s lyrics focus on romance, depicting a man who has realized the error of his ways and is now determined to spend the rest of his life loving the woman of his dreams.

“I’m a man, and I’m proud / I was wrong, now I’ll fight to get you back in my arms,” he sings during one of the early verses, before launching into the song’s earworm chorus: “I, Oh I, realize that I’m lost here without you / And I want to live my life loving you / Yes I do.”

The song is the third single from Soul Station’s upcoming album, Now and Then, due March 19. The track is one of five originals featured on the LP, while the rest of the release is made up of covers of classic soul and R&B songs.

“Between us doing some great Soul Station shows and starting the album, I started to think that neither the band or the music we love should depend only on the past, so I started writing with the goal of seamlessly taking songs into the present,” Stanley explained in press release. “From what a lot of people I respect have told me, that mission was accomplished.”

The band debuted in 2015 and has since toured throughout the U.S. and Japan. The project is a labor of love for the Kiss frontman, who realizes that soul music is a stark departure from his normal, heavy rock sound.

“Look, I started doing it selfishly, ’cause I love that music, and to have it surrounding me, and to get to sing those songs, is crazy. And then to also write some new tunes that really marry so well to the old tunes is like writing another page,” the singer explained on the Lipps Service podcast.

“Will it surprise some people? Yeah,” Stanley added. “But, honestly, I’m not. … Somebody said, ‘Oh, you’re reinventing yourself.’ I’m not the champion of blues rock or hard rock or metal or this. I did Phantom of the Opera. I’m a singer, and I choose to sing whatever I choose to sing at any given time. So, really, honestly, it’s as natural for me to sing Philly soul as it is to sing rock. It’s just I haven’t done it publicly.”