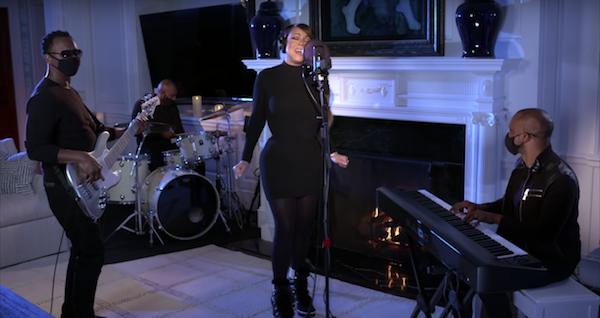 Valentine’s Day may be over but Mariah Carey has more than enough loving gifts to give. The illustrious singer performed a new live rendition of her number-one single “We Belong Together” on Live with Kelly & Ryan, seen below.

In a pristine white and black living room, Carey is placed by the fireplace giving a dynamic performance to the classic track. The three piece band brings an intimate energy as she vocally injects a refreshing sound into the number one hit.

Carey continues to commemorate the era of her tenth studio album The Emancipation of Mimi, as she released an EP last month for six tracks off of the groundbreaking album.

Check out Mariah Carey’s “We Belong Together (Mimi’s Late Night Valentine’s Mix)” below.