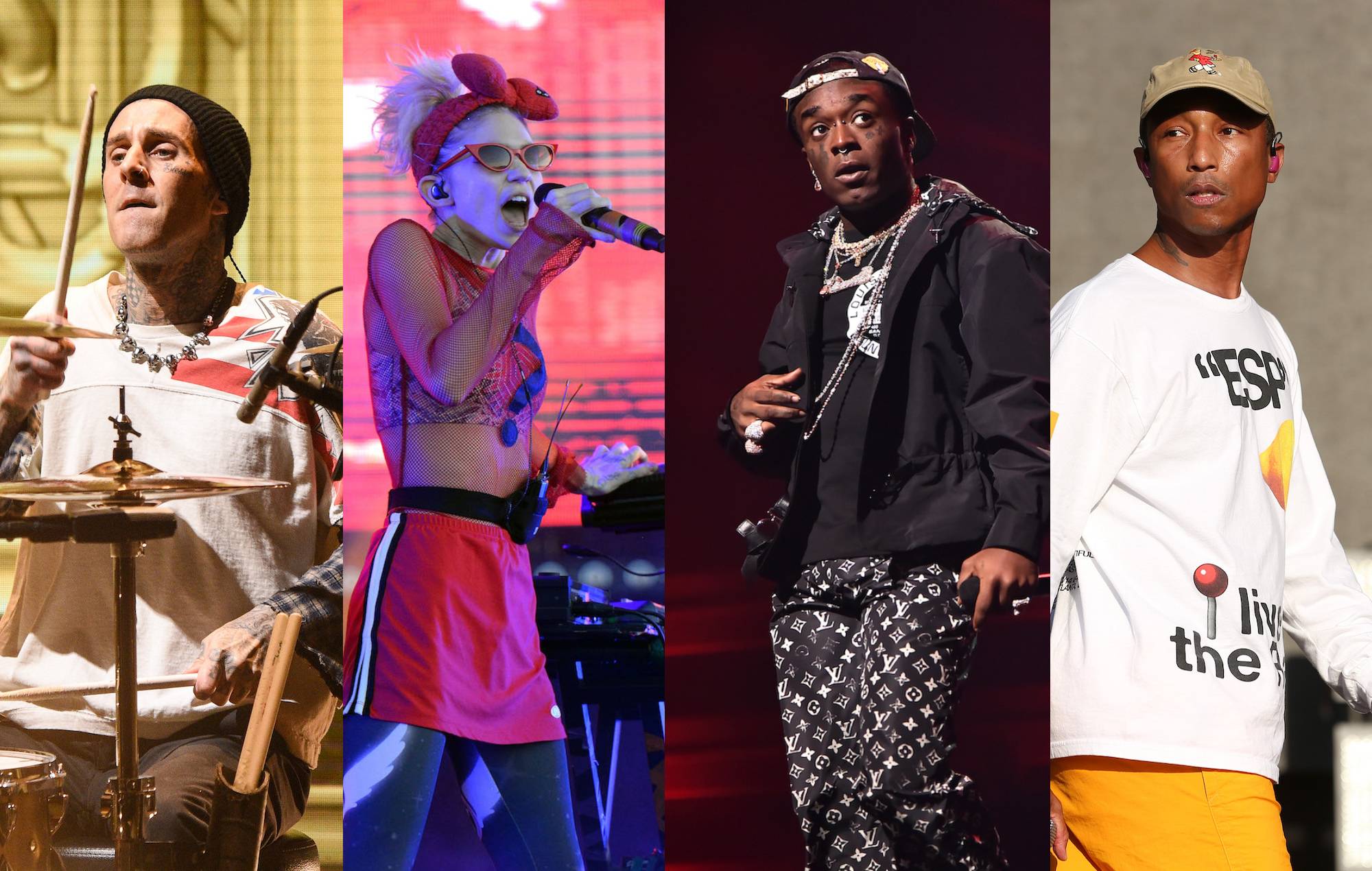 Blink-182 are “slowly finishing up” their new album, which will feature Grimes, Lil Uzi Vert and Pharrell.

According to drummer Travis Barker, the follow-up to the band’s 2019 album ‘NINE’ features those acts anf is “60 per cent done,” after he confirmed last month that the album would arrive in 2021.

“There’s a lot of cool stuff,” Barker said of the new album while appearing alongside Trippie Redd on the Rock This podcast with Allison Hagendorf.

Expanding on the sound of the new album, Barker said: “I mean, it’s not like Blink’s making a rap song or anything. It’s like bringing Uzi over to our world. So it’s more of a punk kind of like reggae feeling song.

“I don’t think Blink will ever be anything but a pop-punk band,” he continues. ​“I mean, that’s who we are. And I feel like our fans have kind of journeyed with us when we’ve done songs like ‘Miss You’ or ballads like ‘Adam’s Song’.

“But, like, we’re never going to veer too far off from what we are – like, I’m like a punk kid at heart, you know what I mean?

“Whether it’s like pop-punk with Blink or whatever with [Machine Gun Kelly] or whatever with Trippie, that’s where my heart’s at. Like, I was raised on rap music and punk rock music. It’s kind of all I know…”

As well as appearing on the forthcoming Blink album, Grimes and Lil Uzi Vert said this month that they are “making hits” together. Back in late 2019, Grimes revealed that she had produced an EP for the rapper but he “never downloaded” the WeTransfer file.

Among the pair’s other moves is an outlandish plan to get “brain chips” together. The bizarre pledge came about over the weekend when Lil Uzi tweeted “Neuralink” – a reference to Elon Musk’s start-up firm that aims to develop implant a computer interface in the human brain to provide long-term treatment for neurological conditions such as dementia.