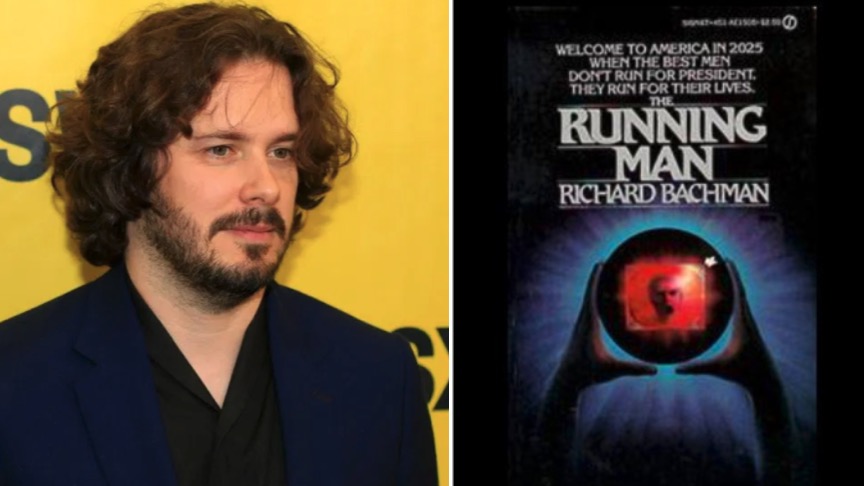 The clock has ticketing started on a new adaptation of The Running Man, the 1982 novel from Stephen King via his pseudonym Richard Bachman. Deadline reports that Edgar Wright (Baby Driver) will direct.

King’s tale unfolds in the unimaginably distant future of 2025. America has indulged its most dystopian corporate impulses and now relies on the Games Network to placate the restless populace. Ben Richards of Co-Op City is more hard-up than most, and in the hopes of securing his wife and daughter’s future, he makes a desperate bargain: He agrees to appear on The Running Man, Games Network’s most beloved yet dangerous program.

The book got swept up in late-eighties Ahnold-mania, and something that vaguely resembled the original story exploded into theaters in 1987. Schwarzenegger’s well-oiled presence ensured a hit, but some purists might argue that King’s The Running Man remains unadapted. Wright hopes to change that; he’s penning the script with Michael Bacall, and their vision is said to be “much more faithful.”

Wright is still buzzing from release of his Sundance documentary The Sparks Brothers, which we hear is quite good. He also recently spoke to Consequence of Sound for the 10th anniversary of Scott Pilgrim vs. the World. As for Stephen King, CBS recently mounted a miniseries adaptation of The Stand.

Editor’s Note: Stay safe by picking up one of our custom face masks. A portion of the proceeds will benefit MusiCares’ COVID-19 Artist Relief fund supporting independent musicians.