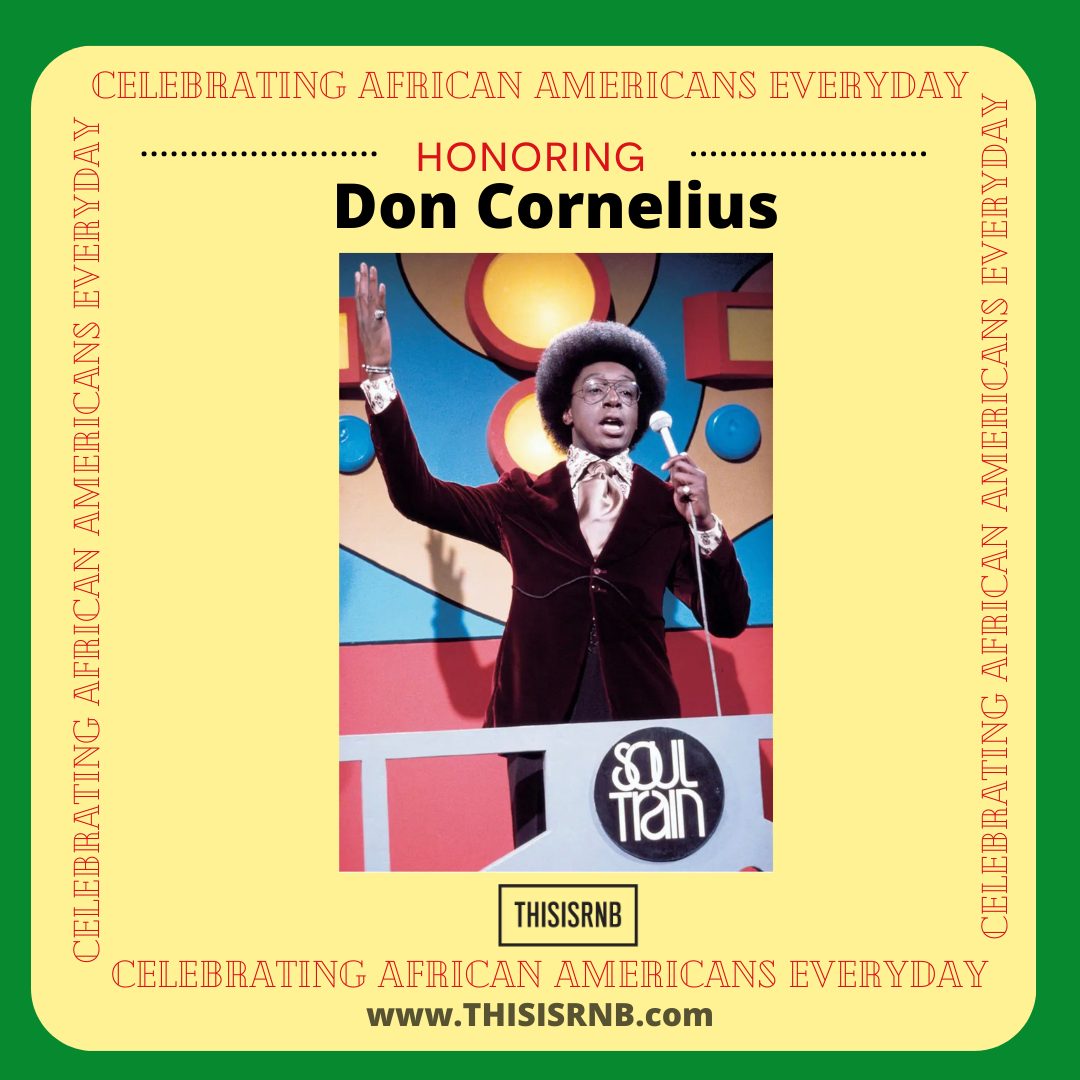 “Let’s Get It On/ It’s Time To Get Down,” recognize these lyrics? These were the lyrics to the theme song for the exceedingly popular dance show Soul Train.

As we celebrate Black History 365 days a year, ThisIsRnB is paying respect special homage and acknowledgement to the great work and impact that the trailblazer, icon and legend Don Cornelius made in television and the music industry. As a soul television visionary, Mr. Cornelius was the creator, director, producer, and host of the renowned dance show, Soul Train.

Soul Train ran from 1971 to 2006 and became a  nationally syndicated music and dance  show sensation known the world over, and broke every barrier premiering primarily R&B, soul, dance/pop, hip-hop and eventually rap artists. Gospel, Jazz, and disco artists would perform on the show as well. Cornelius was a former marine radio DJ in Chicago in 1967, where he hosted a news program called “A Black’s View of the News.” He hosted the show with great fortitude and vigor as the show faced racism, prejudice and discrimination. Cornelius had fulfilled his dream of presenting an Afro-centric daily television dance party, which became known as the hippest trip in town. Soul Train served the entertainment needs of young Black America.

The Soul Train venue would become a musical  platform for emerging and  prominent  entertainers  to perform for audiences across America!  Kenny Gamble and Leon Huff of  TSOP -The Sound Of Philadelphia, penned the catchy theme song for the show, performed by MFSB featuring vocals by female soul group, “The Three Degrees.” Gamble and Huff’s massive music catalog brought happiness, excitement and good vibes to the show.

Cornelius would become  famous for developing  a dance routine that required all the dancers to form two lines facing one another and dance down the iconic “Soul Train Line.” The Soul Train Line  caught on like wildfire and there was  no place one would rather be mid morning on a Saturday than at home with family or  friends watching the hippest dance show on television.

Don Cornelius will be best remembered as the frontiersman, and the entertainment groundbreaker powerhouse behind SoulTrain. Just as he would announce in parting, and in true Don Cornelius fashion…” It’s been a stone gas honey, Love Peace And Soul.”