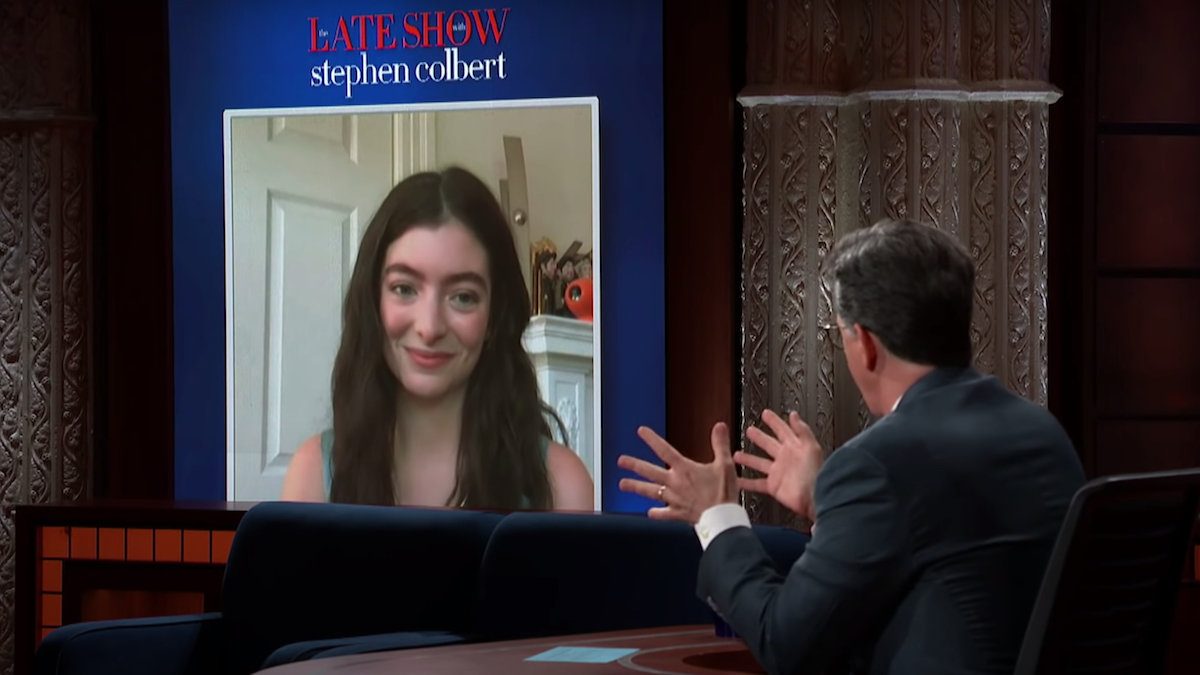 On the day Lorde dropped the details for her upcoming album, Solar Power, the pop star also made a virtual visit to The Late Show with Stephen Colbert. She spoke about the LP’s eye-catching cover art, her upcoming tour plans, and what it was like living in New Zealand over the past year.

After reminiscing about the first time they met — back in 2019 when Colbert visited Auckland and pranked Lorde with the ol’ snake-in-a-can-of-peanut-brittle gag — the host asked Lorde what living in New Zealand during the pandemic has been like. She noted that she came to New York City at one point to finish Solar Power, but, “For the most part, New Zealand felt like the place to be. It was such a crazy experience having COVID so contained and then to go to New York… We’re lucky to have a really calm, steady government, ya know. And we really felt taken care of by them.” Must be nice.

They then got around to discussing the new album and its eponymous lead single, inevitably touching on the cover artwork that caused a stir across the Internet. Apparently, CBS’ standards and practices wouldn’t even let Colbert show the Solar Power cover because it features a picture of “where the sun don’t shine.” Glossing over the dad joke, Lorde explained, “My friend just took it; it was just me jumping over a friend on a beach… It was so joyful to me. It felt innocent and playful, and a little bit feral and, I don’t know, sexy.”

Colbert noted the image actually “matches the moment” with its feeling of freedom, adding, “If I had a butt like that, I’d be jumping over somebody too.”

“Gotta do it while you’ve got it, ya know?” Lorde joked.

The pair then discussed the joys of performing in front of audiences again, with Lorde getting her world tour together for 2022. (Tickets for which, by the way, can be found on Ticketmaster or the secondary market.) Lorde then revealed that she planned on coming to the Ed Sullivan Theater in person soon to “show you a little bit about what Solar Power is about.”

While we await her IRL Late Show performance, watch Lorde’s interview with Colbert below.

Solar Power, meanwhile, is due out August 20th and serves as the long-awaited follow-up to the pop star’s last LP, 2017’s Melodrama.