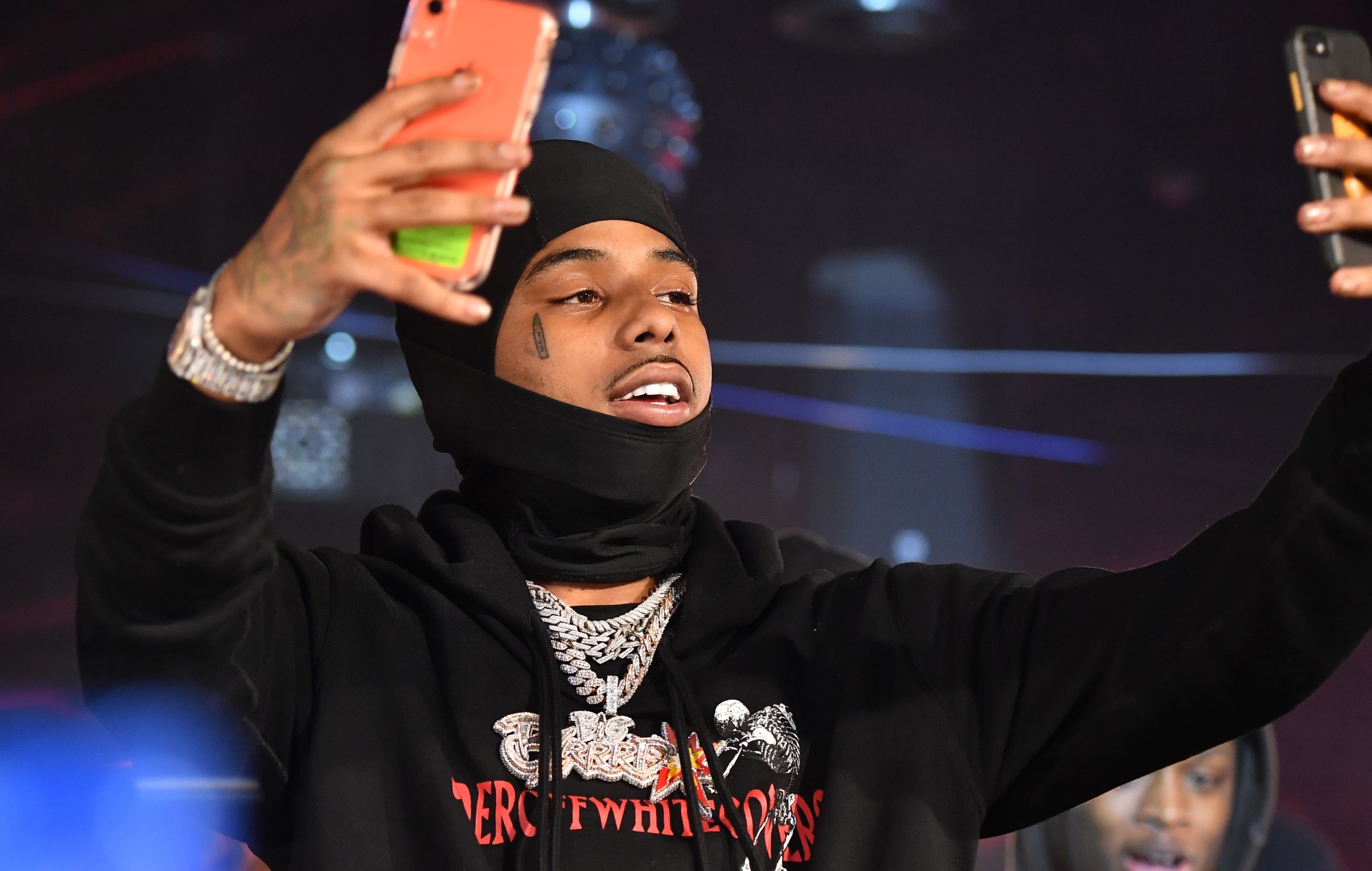 Pooh Shiesty has been taken into custody after police were able to link him to a shooting through his Instagram account.

As reported by the Miami Herald, the rapper – real name Lontrell Williams – was indicted over the alleged shooting of two men outside a hotel in Bay Harbor Islands, Florida in October 2020.

It’s said that Williams, 21, made his first Miami federal court appearance yesterday (June 29). The charges include discharging a firearm during a violent crime, conspiracy and robbery under a law regulating commerce.

The rapper will remain in federal custody until a detention hearing on July 6.

According to the report, a criminal complaint alleges that Williams and two other men (Bobby Brown and Jayden Darosa) had arranged to purchase some marijuana and “high-end athletic sneakers” from two other men at the Landon Hotel.

It is claimed that Williams and Brown then shot the two men at some point during the deal, and “never paid either victim for the shoes or marijuana”. The former is said to have turned up in a rented McLaren car and used a Draco subcompact machine gun in the attack.

The incident was captured on a video surveillance system – see the news report below.

Police said that social media played a “critical” role in the indictment, with Williams having posed in photos with the weapon and vehicle used on the night. He also appeared in images with a “plethora of $100.00 bills” just days after the shooting.

Investigators subsequently discovered a Louis Vuitton bag containing $40,912 in cash, which fell out of the McLaren car. According to the report, one of the notes featured the same serial number as one seen on Williams’ Instagram page.

The complaint said that Darosa’s Instagram feed also included a photograph of him with the Draco gun in question.

Saam Zangeneh, Williams’ attorney, told the Miami Herald: “We have been in communication with the US Attorney’s Office and we believe they have a federal detainer on him and are likely to file federal charges.

“That doesn’t change our position as to his 100 per cent innocence, in both state and federal matters.”

Williams previously pleaded not guilty to the charges. He had been out on bail since March until he was arrested in connection with a separate shooting at a Miami strip club earlier this month.