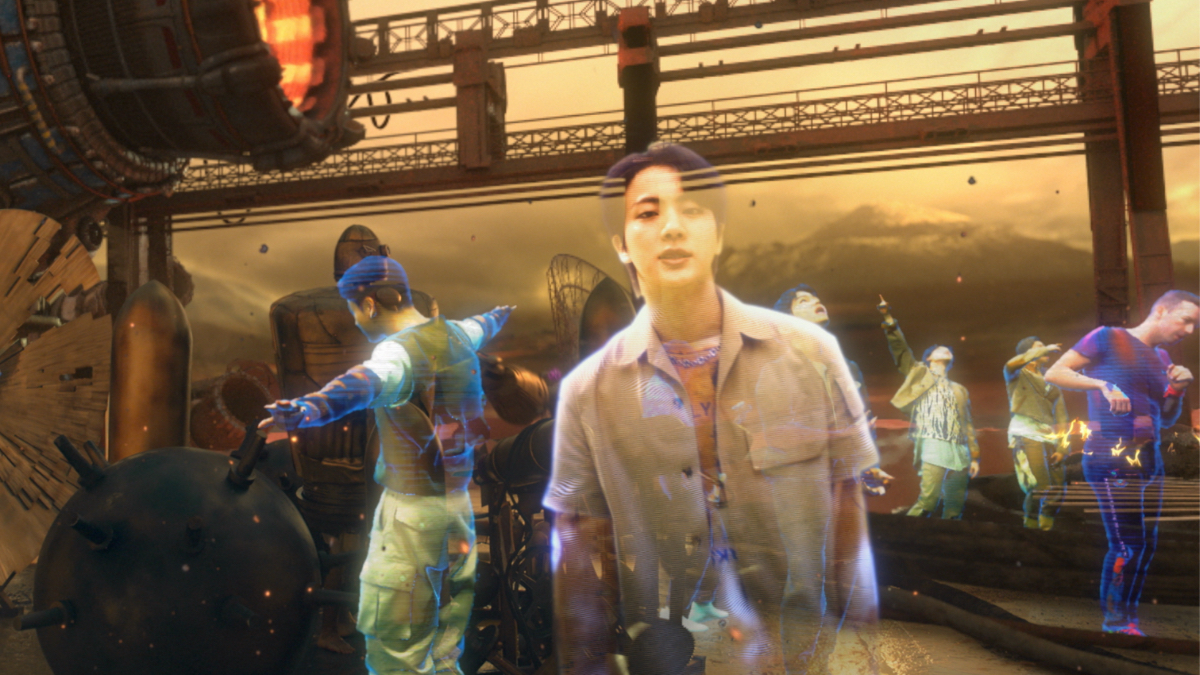 Coldplay and BTS have unveiled the spacey music video for their hit collab “My Universe” via Parlophone Records/Big Hit. Watch it below.

Set in far-off galaxy called The Spheres — as in Coldplay’s upcoming album Music of the Spheres — the rock band and K-pop idols team up with a supergroup of extraterrestrials called Supernova 7 to save music from being outlawed.

“In the night, I lie and look up at you/ When the morning comes, I watch you rise/ There’s a paradise they couldn’t capture/ That bright infinity inside your eyes,” Chris Martin croons before being joined by Jung Kook on the track’s pre-chorus.

Directed by Dave Meyers, the visual follows Coldplay and BTS dropping two new versions of “My Universe”: an acoustic version and the “Supernova 7 Mix.” Watch the track’s out-of-this-world music video below.

“My Universe” follows “Higher Power” as the second single off Coldplay’s aforementioned ninth studio set, which is slated for release October 15th. Ahead of the LP’s unveiling, they’ve also dropped 10-minute closer “Coloratura” as well as an album trailer titled “Overtura.”

Earlier this week, BTS made a virtual appearance during Coldplay’s set at Global Citizen Live, where the rockers were also joined onstage by Billie Eilish and FINNEAS, Camila Cabello, and Shawn Mendes.

The Korean boy band have also announced a series of four stadium shows in Los Angeles’ SoFi Stadium later this year, marking their first live performances since 2019 and at least partially making up for their now-canceled “Map of the Soul Tour,” which was scrapped due to concerns over the ongoing COVID-19 pandemic.