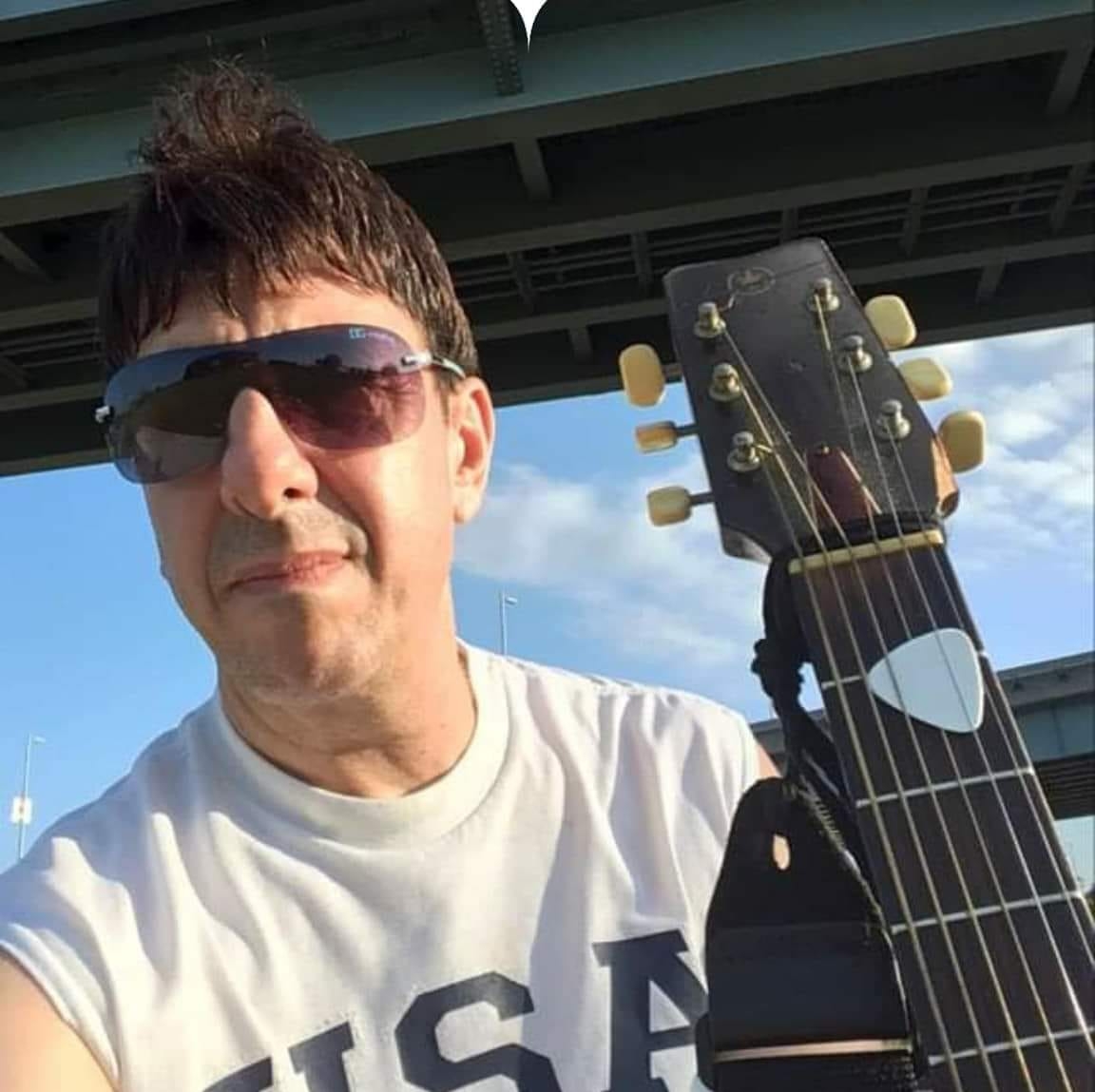 Joe Piket’s new single “Talk Like a Musician” is an anomaly in the Long Island, New York singer/songwriter’s career. Piket has built his reputation as a superb live performer on his own and as front man for Joe Piket and the Storm, but his songwriting has drawn attention for its stylistic breadth, fresh twists within existing traditions, and individuality. I never expected to hear anyone revisit The Bangles’ 1986 mega-hit “Walk Like an Egyptian” in 2021, much less as a jumping off point for a parody tune. It doesn’t denigrate the original.

Piket treats the Bangles’ pop-rock gem with immense respect. His cohorts in the song’s creation, Nelson Montana’s playing on an assortment of instruments and co-author Liam Sternberg, re-envision the track. It’s cut from, essentially, the same cloth as the original but maintains the same vocal melody. The song’s guitar sounds synthesized but nonetheless has plenty of bite. The production is an in-house effort, much like the track’s video, but satisfying.

The song’s sound and the video package seem to be products of the pandemic. Eighteen plus months of a global pandemic has forced songwriters and musicians to adopt a different way of working if they want to keep going and Piket has responded. The production values for the song and video may sound and look low budget, but they are never amateurish.

It’s a lyric video and this allows viewers to enjoy Piket’s sense of humor. The song is never really laugh out loud funny but keeps a smile on your face from the first line through the last. Much of that is thanks to the clear pleasure Piket takes in revamping the song for his own uses. The imagery included in the video complements the lyrics without ever seeming forced.

It’s a lot of fun hearing Piket concoct new lines and rhymes within this familiar vocal melody. Piket’s physicality and facial expressions during the clip are among the clip’s highlights for me. A perhaps underrated highlight of the single are the serio-comic tendencies attentive listeners can hear in the lyric.

Piket isn’t serving up his musical masterpiece with this song. He’s having fun, it’s probably more of an inside joke than we realize as I can imagine Piket playing this for musician friends and sharing a hearty laugh. Its possible weakness may lie there. It will play on nostalgia for some listeners but, overall, will be funnier for Piket’s fellow musicians than anyone else. Don’t get me wrong, it is funny no matter who you are, but he’s aimed it at a certain crowd in particular.

Joe Piket will soon be back to playing and releasing his customary material. “Talk Like a Musician” is a throwaway, yes, but it gives listeners an unexpected glimpse of another side to this artist. It shows off his long-established intelligence and skill in much different light than his aforementioned work with the Storm and recent solo releases such as Everything is Different and Songwriter, Volume 1.