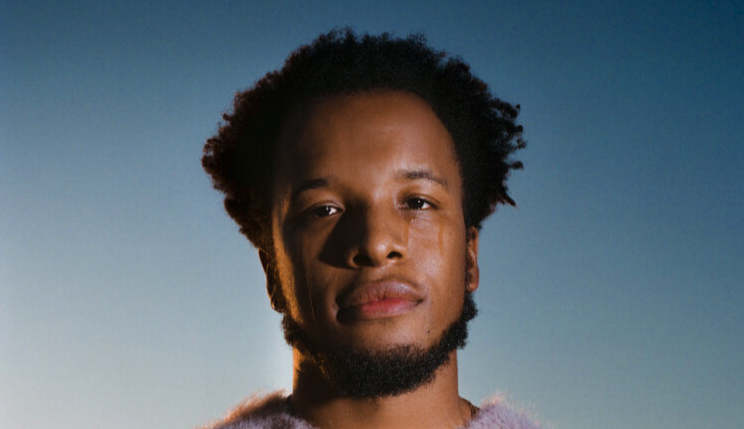 Kicking off the new year with brand new music is Cautious Clay. He shared “Rapture in Blue,” a new song from the forthcoming deluxe edition of Deadpan Love.

On the new self-produced track, loaded with well-crafted musical moments, Clay is at peace with the bed he’s made, lying in it comfortably as his complicated lover makes chancy decisions within their union.

“I got drama in my life on purpose / It matters so much then it’s worthless / Where’s the line, I could draw it / Time after time / I don’t wanna be safe / We always go too far / Then we turn it into art,” he sings on the second verse.

The expanded version of Deadpan Love is out on Feb. 11. Joining the original 14 songs from the June 2021 release and the newly-issued track are three more songs.

“Wildfire” is among the standouts from Deadpan Love. He recently performed it for New York City’s historic Power Station.

Clay plans to continue the album’s promo worldwide starting Feb. 9 in Toronto on his Karma & Friends World Tour. Tickets are up on his official website.

Give Cautious Clay’s new song “Rapture in Blue” a listen below.