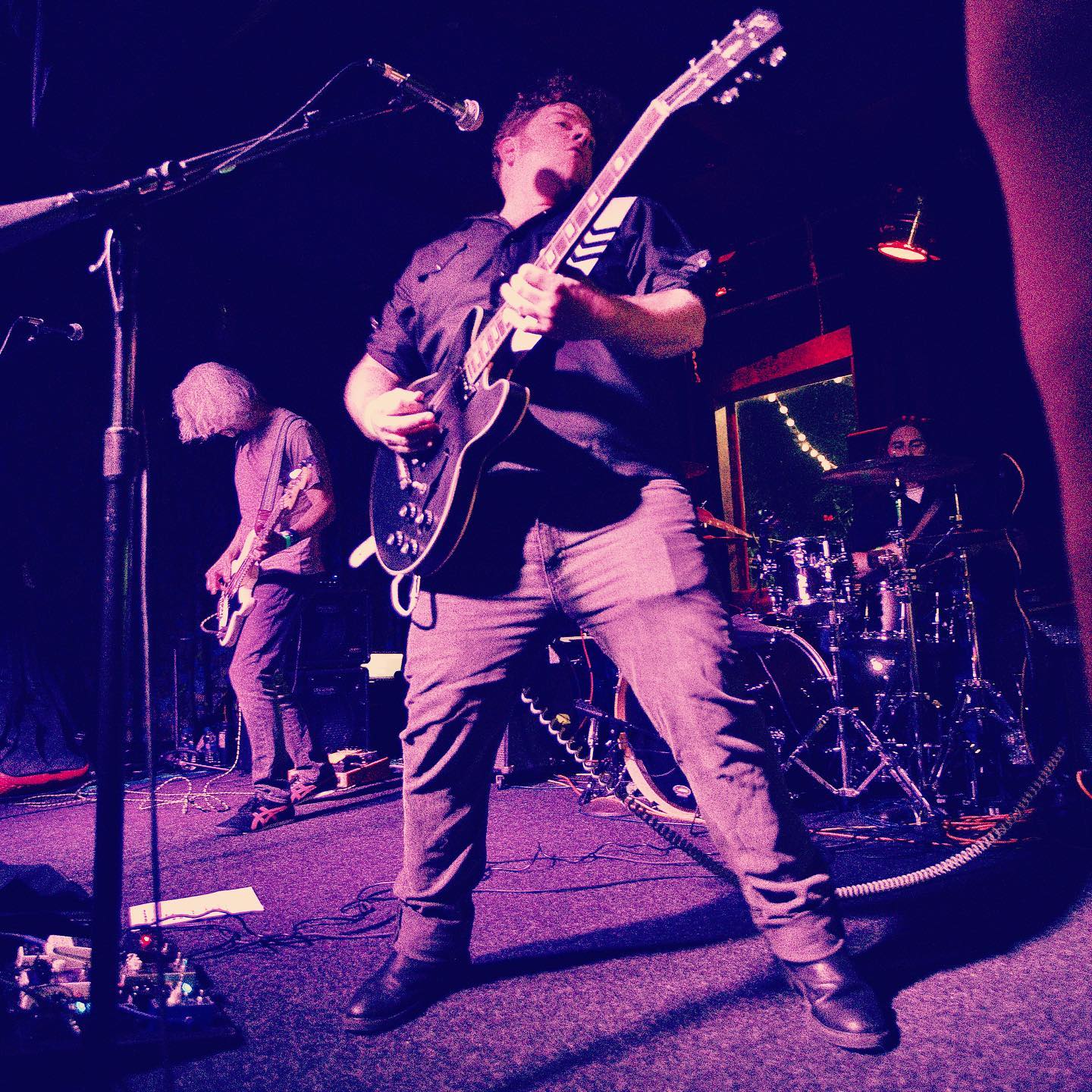 Longtime East Bay mainstay Greg Hoy is at home with surprising listeners. Be grateful for it. Reading his four song collection Old Man and the Cinnamon Girl covered three of the most obvious Neil Young tunes under the sun, sans “Heart of Gold” or “Rockin’ in the Free World”, and finished up with a reputed throwaway from a long-forgotten album left me all aquiver with dread.

Auditory visions of a warbling hipster fumbling his way through earnest carbon copies of classic Neil Young soon gave way, however, to rapt attention as I realized Hoy has little interest in posing as a human jukebox. These four tracks show Hoy is interested, instead, in using Young’s songs as a jumping off point for paying a finer tribute. He’s further burnishing the reputation of already legendary songs by showing us how they can be extended, rearranged, and repurposed without ever sacrificing their inherent greatness. Laying some choice drum tracks from renowned former James Brown drummer Clyde Stubblefield over these songs has a near-magical effects on the EP’s sound.

The unifying theme of Hoy’s selection is they are culled from Young’s “country” albums. Any Shakey fans hoping Hoy plays songs from his later work with Crazy Horse will be disappointed, but not for long. He retains many of the musical and vocal elements defining each of these songs and “Old Man” is no exception; older fans of the song will hear similarities between Hoy and Young’s vocal phrasing, but he confounds our expectations as well. “Cinnamon Girl” reaches back to Young’s second solo album Everybody Knows This is Nowhere and definitely latches onto the same freewheeling soul that’s made it a multi-decade concert staple. It has much more of a swing in this form than Neil or any of his fine bands have given the song or perhaps it’s just different.

He arguably takes Young’s songs the furthest with his re-interpretation of “Needle and the Damage Done”. The pained and plaintive tenor of the original devolves here into a tense and wiry affair though it still touches base with familiar aspects of the former. I am especially taken with how the electric guitar skirting along the song’s surface and the singing shape the song in a much different way. “Are There Any Real Cowboys Left?” from the Old Ways album is faithfully delivered, for the most part, though Hoy cannot resist peppering it with several individualistic turns. Those familiar with Young’s gargantuan discography will love hearing this dusty jewel.

Old Man and the Cinnamon Girl doesn’t burn with obvious ambition. Look a little beyond the surface, however, and you can’t help but admire the chutzpah necessary to wrestle with such long-established standards. Greg Hoy doesn’t sound intimidated at all. Instead, he sounds galvanized by the challenge and lays down four twists on Neil Young’s vision that I can’t help but think the Canadian Hall of Famer would praise without restraint. Maybe I am wrong on that, but I am sure he would cheer on his daring.