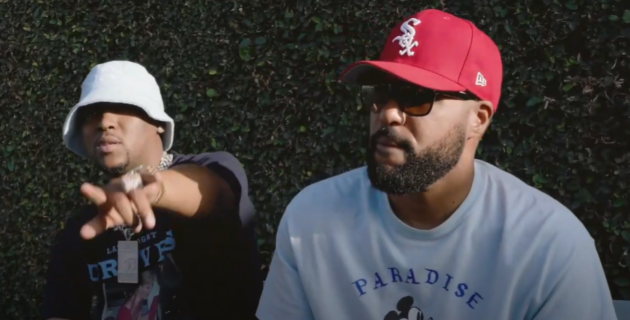 Welcome to the Westside.

Hit-Boy links with his Half-A-Mil compadre Dom Kennedy for his highly-anticipated single, “Corsa”.

On the self-produced record, Hit-Boy unleashes his braggadocious raps for his haters, while Dom adds his signature bravado.

Along with the release, the video directed by ThirdEyeRaz, captures the duo posted up in front of a local convenient store and in the presence of a few ladies at the bar and during an intimate meal.

Aside from their collaboration with Pacman Da Gunman, “Corsa” marks the West Coast duo’s first collabo since their Half-A-Mil collaborative album, Also Known As from 2020.