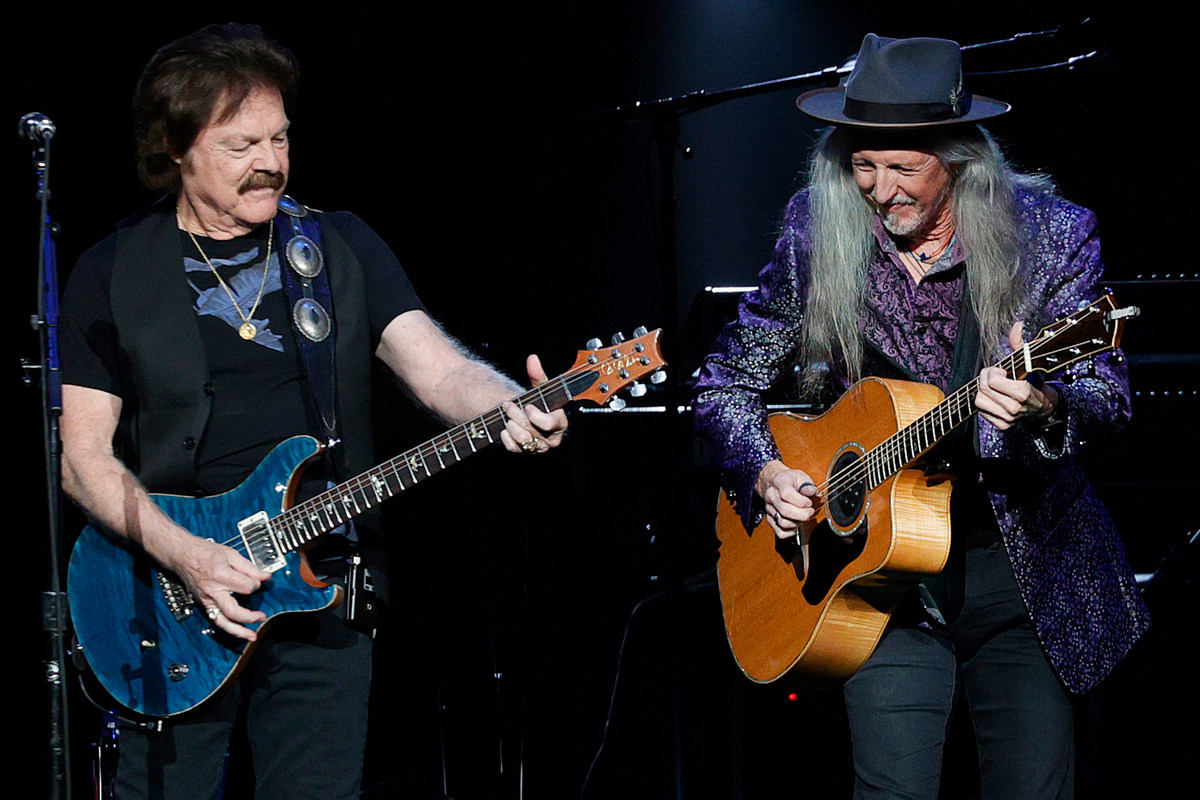 The Doobie Brothers resumed their 50th anniversary tour with a performance in Bristow, Va. on Friday (June 10).

The evening kicked off with “Nobody,” the first single from the band’s 1971 self-titled debut album. It was followed by “Take Me in Your Arms (Rock Me a Little While),” the Motown tune the Doobies covered and released in 1975, scoring a hit in the process. Other highlights of the set included such classic tracks as “Minute by Minute,” “Jesus Is Just Alright” and “What a Fool Believes.” After briefly departing the stage, the band returned for a triumphant three song encore, featuring “Black Water,” “Takin’ It to the Streets” and “Listen to the Music.”

The set list (courtesy of SetList.fm) and footage from the performance can be found below.

The 50th anniversary trek was originally slated to begin in 2020, but was postponed due to the pandemic. The tour sees bandmates Tom Johnston, Pat Simmons and John McFee once again teaming with former Doobie vocalist Michael McDonald. After being delayed more than a year, it finally launched in August 2021. Even then, there were a few bumps in the road, most notably four show postponements after McDonald tested positive for COVID.

The Bristow concert marked the first show for the Doobie Brothers in 2022. The band will be busy on the road for the next few months, with more than 40 tour dates scheduled through mid-October.

They remain an intriguing dichotomy of a band.