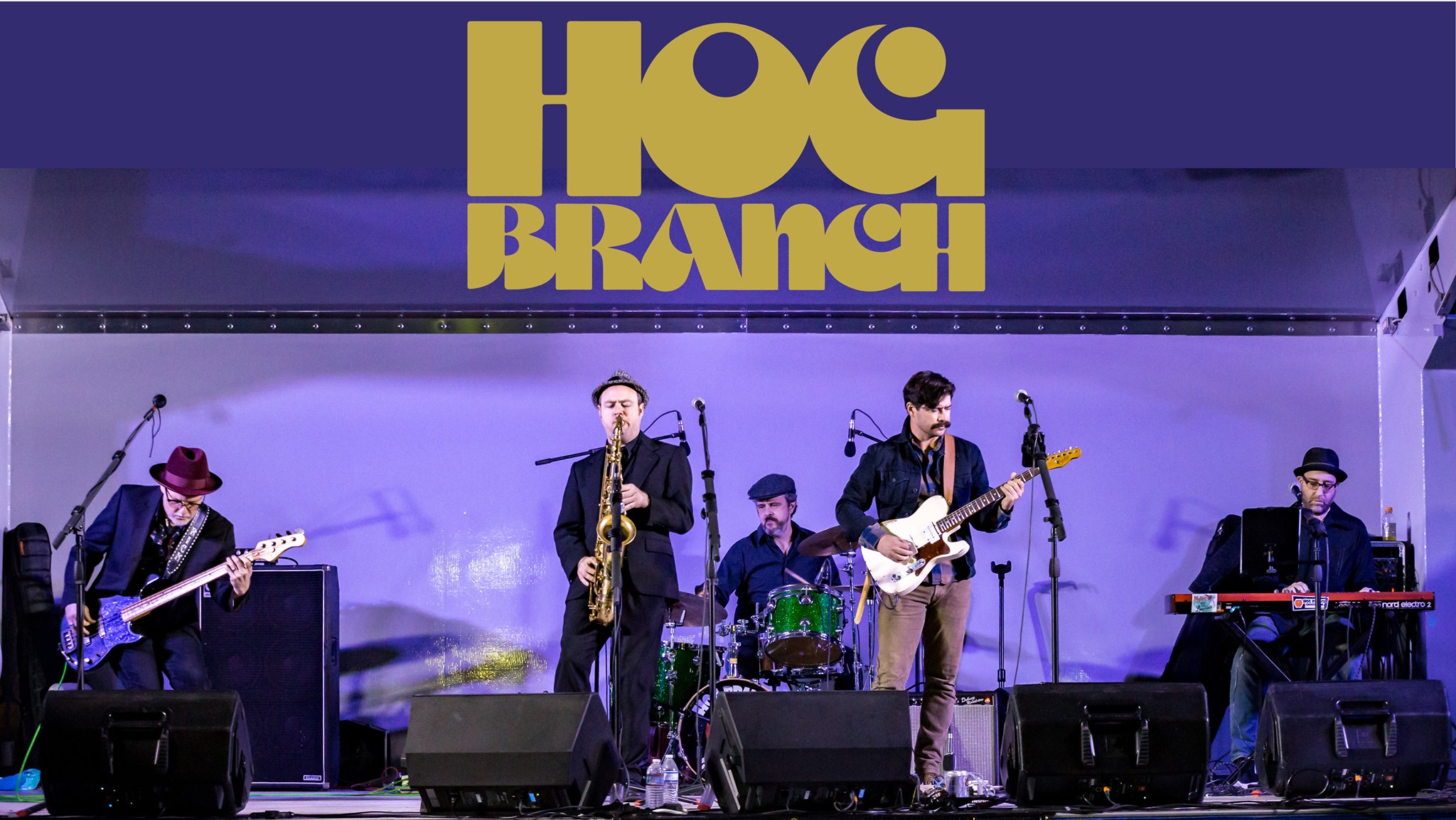 Austin, Texas quintet Hog Branch is the kind of act that reminds the despairing that, yes, there are still musicians out there forging their own path. Rick Watson and his collaborators stand out in a crowded and competitive environment, Austin still retains a significant cachet for a certain kind of songwriter and musician. Many have described the band’s personal mix of blues and soul as Country Soul No Limit, Wetlands Soul, and Funk from the Farm, among others, but none of that really matters. At the end of the day, Hog Branch is life-affirming music Their self-titled debut album, released on band horn player Will Daniel’s Blue Vada Records, spells that out in no uncertain terms.

The steady burn of the opener “Let the Music Take Your Mind” stretches out with an extended musical introduction before the vocals come in. It is a surging mix of horns, guitar, and rhythm section that never pushes too hard, but never lets up either. Some listeners will wish the vocals were a little more immediate in the mix as the multiple voices seem to be riding the musical wave with energy and personality. “Getting to the Groove” is a first class follow-up. There’s no extended introduction with this track and a decided shift over to the band’s funk influences is a good turn following the opener. They adopt a similar vocal approach, and the introduction of strong keyboards raises the temperature.

“Slow Grind” is one of the album’s best moments. It doesn’t veer off its established trajectory much, there are some understated breaks scattered throughout the arrangement, and no one will mind. It simmers, darkly moody, and holds your attention. It certainly reveals a side of the band almost 180 degrees removed from the post-modern soul and funk of the opening songs. Horns play a significant role in “Slow Grind” and they do during “Walking Papers” as well. It shares a kinship with the aforementioned “Slow Grind” though it boasts a brighter hue. Some of this is attributable to the slight uptick in the song’s tempo and the keyboard feel varies some.

“Hog Branch Strut” is the arguably inevitable instrumental. The band has chops at such a high level that experienced listeners won’t be surprised they couldn’t resist the temptation, but it is far from self-indulgent. It’s full of songcraft, well-built from beginning to end, and the band’s ability to incorporate brief solos into such a consistent structure without the song suffering is impressive. “Afraid I’ll Wake” is smoky 3am jazz filtered through a gossamer thin haze. It’s alluring without ever sounding crass, primarily thanks to the horn playing and vocal, and the bass playing deserves plaudits as well.

They end the album with the slinky and spunky instrumental “Hottentot”. It’s another instrumental, a bold move to close a debut album, but Hog Branch makes it sparkle with another virtuosic exhibition that nonetheless adds up to a sturdy song. Missing a vocalist is a moment that never arrives. The juxtaposition of vocally-driven songs alongside instrumentals works well and makes a definitive statement about this band going forward, but they have the talent to do whatever they like. Their self-titled debut proves that, without a doubt.