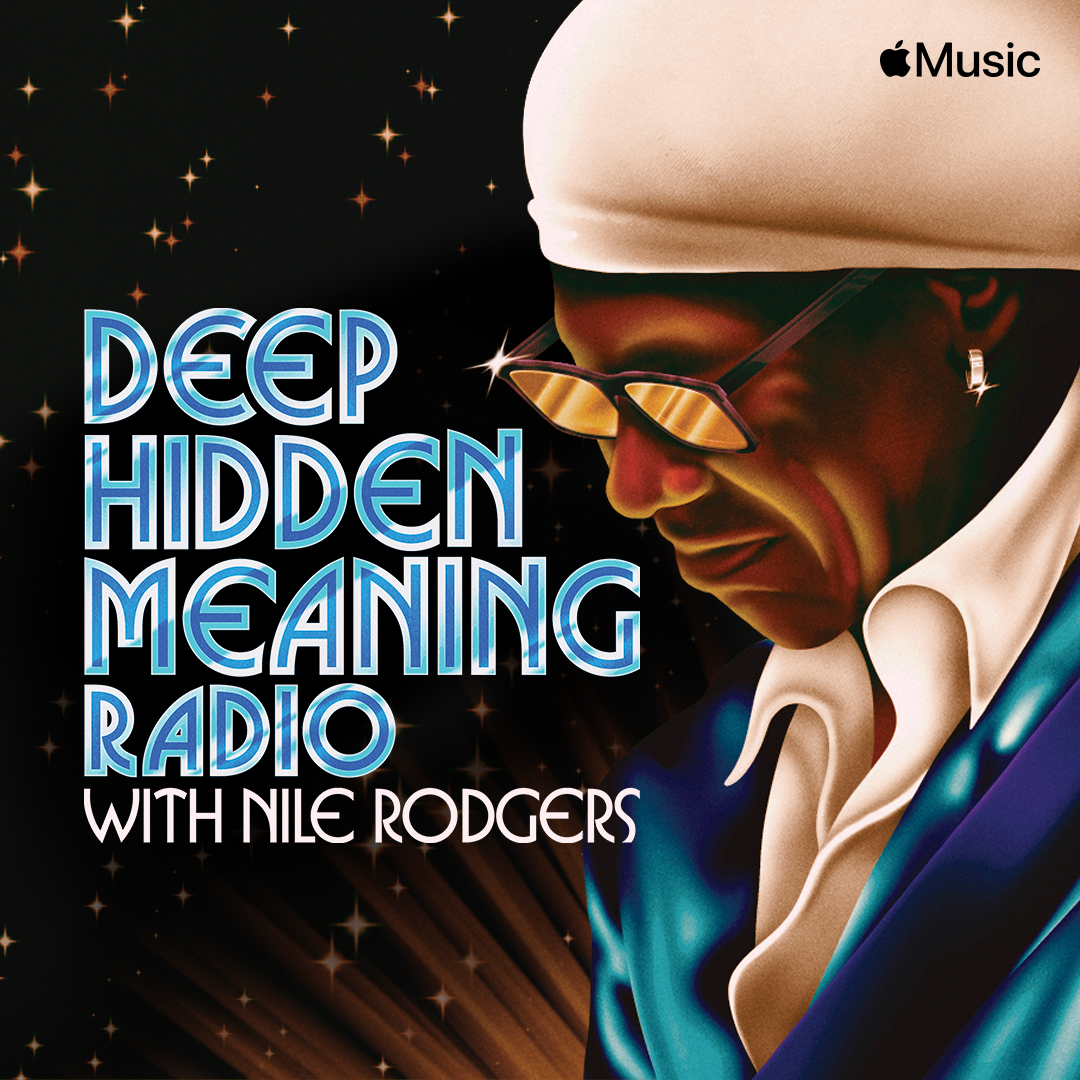 Legendary songwriters and producers Jimmy Jam and Terry Lewis join Nile Rodgers on “Deep Hidden Meaning Radio” and tell the stories behind their biggest songs. They recall how being fired by Prince helped launch their career, what it was like to produce Michael Jackson and the stories behind hits they wrote for Mary J Blige and Janet Jackson.

The show is about breaking down the essence of a song as Jam, Lewis and Rodgers delve deep reminiscing and giving fascinating details including Jam & Lewis on helping Usher find his voice.

Here’s an excerpt from the show courtesy of “Deep Hidden Meaning Radio” with Nile Rodgers on Apple 1;

Terry Lewis: We actually didn’t write [U Remind Me]. What was his name? Eddie Hustle?  Jimmy Jam: Yes, Eddie Hustle. Yeah, I think Hustle Child… He had a bunch of aliases, right?

Terry Lewis: “Yeah, and had written that song. And Usher could never get the song right. So we had done a couple other songs with Usher and had a great time working with Usher. And I’ll just give you a little pre-story, because Usher is the guy that kind of pulled me back into the love of producing, because I got to a point where I felt like people didn’t want to work hard at their craft anymore. And Usher was one of those young guys that came along that showed me that there were people who were willing to work hard and learn and inspire. So he re-inspired me, reinvigorated me. So we have a great relationship from that point.

So, I got a call from L.A. Reid. And he said, “I got this song.” He said, “Either it’s going to be the first single or it’s not going to be on the album.” And Usher said, “You’re the only person he wants to sing this song with.” So I said, “Well, I’ll take it on.” So we went to LA, and what I learned from that experience was that Usher had programmed himself to try to sing it like the demo. So we had to deprogram him and say… The thing that I ask all artists now, what’s the key to, in his case, an Usher song? The artists always have all these crazy ideas of what it is. “Oh, it’s the beat. It’s the chords, it’s the…” Whatever, it’s the lyrics, whatever. And I’m like, “No, Usher. You have to put Usher in it. If Usher’s not right on it, then it’s not going to be right. You have to be Usher. It has to be an Usher song. You make it Usher.” So once he understood that, man, he went to singing that song man, and just owning it all the way from top to bottom, because he had no confidence with it at first, because he couldn’t sing it like the demo singer. And I’m like, “Dude, why do you sing it like the demo singer? He doesn’t have a deal. You do. You’re Usher. Don’t ever forget that.”

Jimmy Jam: “People, when they think about music production, the thing they think mostly about is technical stuff, and that is part of it. The biggest part of it to me is the psychology and the psychiatry, if you will, as it was within the case of Usher. To teach him how to sing like himself basically, remind him how to sing like himself, because that is the key to an Usher song is Usher. That is the key. And it was cool when we got the song done. I remember we sent it to L.A. Reid and we waited for the phone call, because we knew it was either going to be off the record or the first single. And he called back and he said, “First single.” And of course, it went number one and…”

Nile Rodgers speaks openly and candidly on his partnership with the late Bernard Edwards;

Nile Rodgers: “There’s something about you guys, I never really get a chance to speak on this, because I lost my partner such a long time ago. And Bernard and I were so spiritually connected, even though we were, as people, we were polar opposites. And I think that that’s what attracted us to each other. Our stories are so similar. The very first night Bernard and I met, the first night we looked into each other’s eyes, we never wanted to do another gig without each other, ever. Ever. I mean, he said that to me and I said that to him. I said, “I was thinking exactly the same thing.” And words that he said that almost still make me cry, he said that… How much he loved playing with other people, because it’s true. I love playing with other people, but he said, “But you know, Nile’s my guitar player, and I’m his bass player.” Just the fact that we had so much confidence in each other and their ability, like what you were talking about Terry’s ability. I mean the very first song I ever wrote for Chic was this complicated thing, was “Everybody Dance.” Then the first single we had was “Dance, Dance, Dance.” And “Dance, Dance, Dance” had this complicated hook that just went, (singing). And Bernard said, “Well damn man, why don’t we just say, “Dance, Dance, Dance?” I was like, “What?” And I’ll tell you guys the truth. The reason why I’ve been able to do this is because I superimpose Bernard, the spirit of Bernard, on every artist that I’m working with. I make them understand that I love them. Now you’ve got to love me back, because I may do something that sort of goes off the rails a bit, and you’ve got to bring me back.”

Terry Lewis: “Man, you have been an inspiration, I think for all of us. But I’ll tell you, you and Bernard were definitely an inspiration for us. We’ve always watched and admired. And you know, it’s us four string brothers that like to break it down to the simple, because you know I can’t play six string bass. I think that’s blasphemy. No six-string bass for me. So four string brothers, we get it. So if you ever need somebody to be a muse for you, I’m here for you brother.”