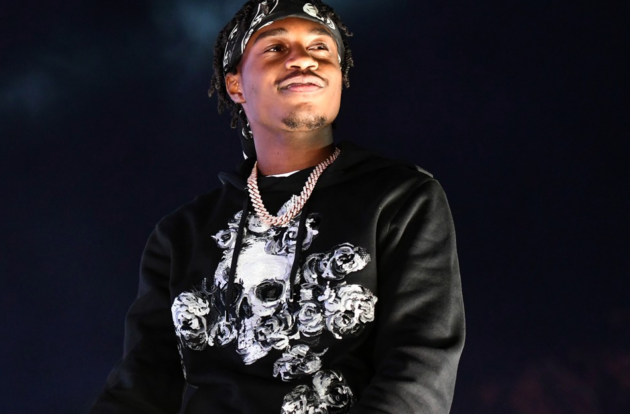 Prayers are up for rapper Lil Tjay who was reportedly shot during an attempted robbery in New Jersey early Wednesday morning (June 22).

TMZ reports the “In My Head” rapper was one of two people who were shot shortly after midnight in two separated locations in Edgewater, New Jersey. Lil Tjay was immediately taken into emergency surgery.

In a press release from the Bergen County Prosecutor’s Office, the two shootings occurred at The Promenade shopping center in Edgewater just across the Hudson River from Manhattan. NJ.Com confirmed the 22-year-old rapper was shot multiple times at a Chipotle, while his friend, 22-year-old Antoine Boyd, was shot once at a nearby Exxon gas station. A third victim, Jeffrey Valdez, 24, was with Lil Tjay during the robbery, but was not shot.

Mohamed Konate, 27, of New York, was arrested in connection of the robbery and the shootings. He was charged with three counts of attempted murder, three counts of armed robbery, aggravated assault and weapons-related offenses.

Valdez and Boyd were each found in possession of an unlawful weapon and have both been charged with second-degree unlawful possession of a weapon. They were taken to the Bergen County Jail pending a first appearance in Central Judicial Processing Court in Hackensack.

Born Tione Jayden Merritt, Lil Tjay released his 2019 platinum debut album, True 2 Myself in 2019 followed with his sophomore album, Destined 2 Win the following year. In April, he released his latest singles “In My Head” and “Going Up“.