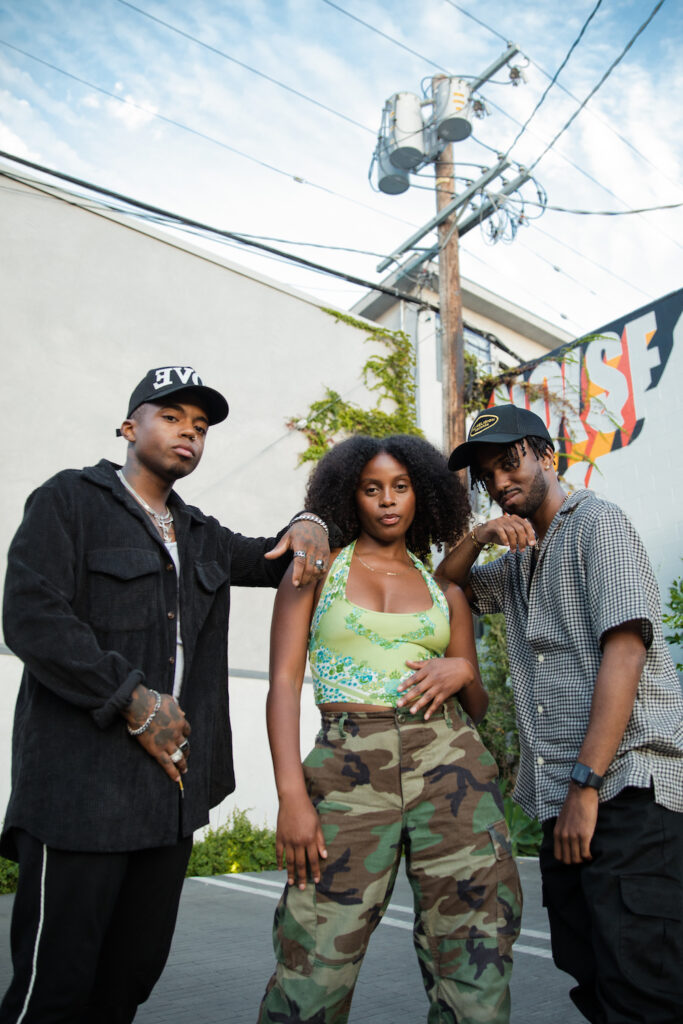 The boastful jam is overloaded with bombastic drumming and a dreamlike foundation. The lyrics are owed to a story about not being the picturesque guy for a woman who obviously has a type.

The duo’s vocalist, Love, is persistent in his advances to prove that he’s a bar above the rest. He can demonstrate what he means if she could only relax and let him in.

“You never seen yourself, f*ckin with somebody like me / Finna show you something better than your wildest dreams, he sings.”

In Hues’ verse, she depicts the meaning of not being naive about giving your heart away to just anyone.

She sings, “I make the rules / We can’t be rushing a beautiful thing / Come get a clue / Timing is everything over this way / Pressures makes diamonds /I just trust in the old ways.”

“Comfortable” arrives with an accompanying video directed by Priya Minhas.

“Comfortable” is the latest offering from THEY.’s elusive forthcoming project. The previous track, “Blü Moon,” came out on May 20, under their Nü Religion imprint, in partnership with AWAL Recordings.

Both tracks follow their sophomore album, The Amanda Tape, released in October 2020. Plenty of songs were issued ahead of the album, including the Wale-featured “Losing Focus” and “Play Fight” with Tinashe. THEY. also shared lone tracks such as “Count Me In.” It later got remixed with Kiana Ledé.

“I think that with this project, we want to kind of challenge the current model of what R&B is,” said Dante Jones in a Rated R&B profile. “I feel like right now, there’s a lot of really dope R&B artists but sonically, it can all kind of start to run together a little bit to where it’s kind of a vibe-y trap-y [sound].”

Hues recently dropped the song “Drive.” It’s taken from Pigeons & Planes’ upcoming compilation album, See You Next Year. The project, which is executive produced by Mike Dean, is set to arrive sometime this summer.

Hues told Rated R&B of the single, “I had a glimpse of the freedom that I hope I get in this next year creatively when I get out of my own head and just write something that feels good, rather than over-analyzing what it is. ‘Drive’ was a breath of fresh air, creatively, for me, because I got to just go off and do what it is that came naturally.”

Hues will open for Givēon’s Give Or Take Tour, starting on Aug. 16 in Philadelphia, Pennsylvania. Tickets are available now.

Stream “Comfortable” by THEY. featuring Fana Hues below.