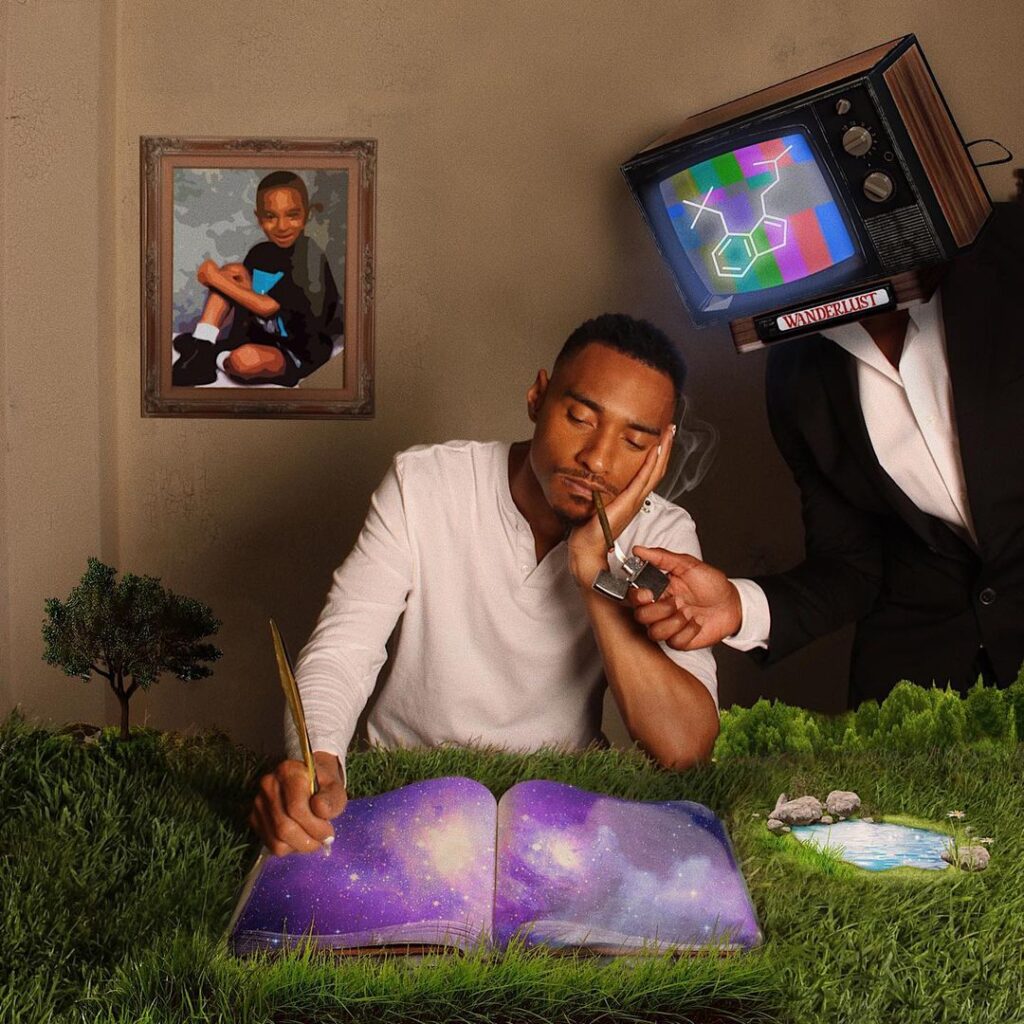 After two years of anticipation, Durand Bernarr is back with a new album. Wanderlust is the latest record from the emerging singer and songwriter. It follows his 2020 LP Dur&, which was among Rated R&B’s 30 Best R&B Albums of 2020 list.

Bernarr wrote on Instagram how Kelis and her 2001 sophomore album Wanderland inspired the vision for Wanderlust.

“To this day [it] is still one of my favorite albums and played such a major part in my artistry,” shared Bernarr. “This album is a homage to her and the way she paved the way for my eye and my ear. Thank you, Kelis. You’ve always been that girl.”

Bernarr composed Wanderlust with a band of Frank Moka, Braylon Lacy, and Daniel Jones. Together, they create a new sound of the future that latches onto familiar elements such as neo-soul, jazz and psychedelia.

The album’s first single, “Lil Bit,” was released on August 31 as a solo effort. But Bernarr invites Metta for a fun addition.

“Boundaries” commences with an acknowledgment of mental health, practicing the use of the word “no.” Bernarr’s churchy side is present on “New Management,” which flows like a tribute to “Jesus Can Work It Out” by Dr. Charles Hayes & the Cosmopolitan Church Of Prayer choir.

On “Vacancy,” with Just Liv, the two reminisce on the bittersweet memories of youth. Then, “H.I.,” with Front + Center artist Devin Tracy, Bernarr is a smooth trance groove that competes for the title of the best on Wanderlust.

As revealed in a February interview with Rated R&B, Bernarr sprinkles his comedic humor on the musical drama “Ingredients.”