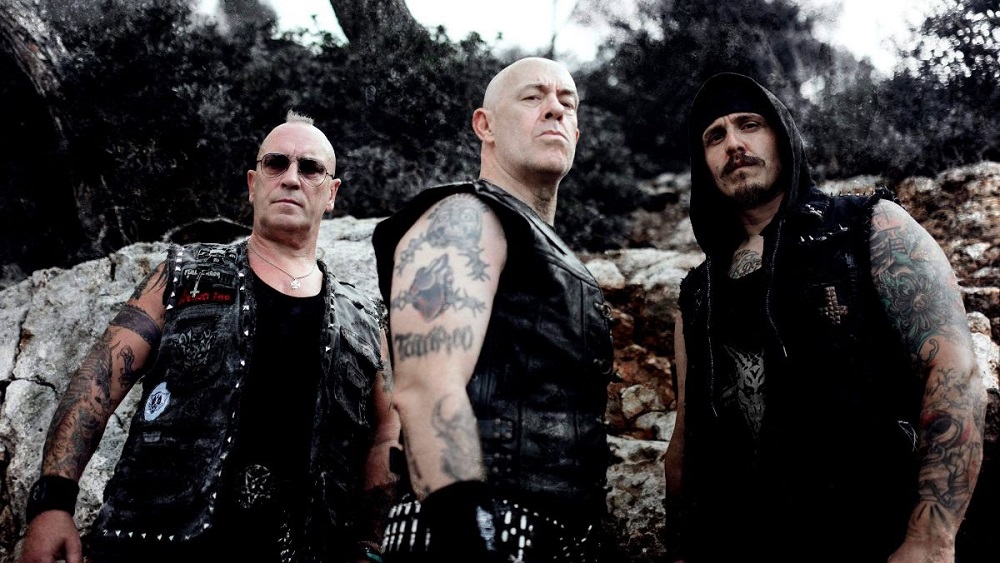 No one knows what waits for us when we finally shuffle off this mortal coil, but heavy metal stalwarts Venom Inc. sure seem to think they have an idea in their latest lyric music video, “There’s Only Black.”

It’s been a couple days since Venom Inc. released their second full-length album There’s Only Black and to celebrate its release, the video posted below was unleashed on the world, conjuring up the style and color palette at your average metal show with its deep black and muted colors.

According to the band’s press release, this record is “a no-holds-barred assault on bigoted hypocrisy and conformism in today’s society, as well as a demonstration of musical superiority delivered by some of the genre’s true originators.” With tracks like “Burn Liar Burn” and “Don’t Feed Me Your Lies,” there seems to be a common thread throughout.

As for the song “There’s Only Black,” it’s a driving heavy metal song that speaks of the eternal nothingness that awaits us all in death. It’s magnificently bleak. And like most badass classic metal songs, there’s a ripping solo to remind you that Venom Inc.’s Mantas can shred his ass off.

Just prior to the release of There’s Only Black, the metal world was shocked to learn that former Venom Inc. (and former Venom) drummer Anthony “Abaddon” Bray was diagnosed with leukemia. He announced that he’s been undergoing chemotherapy treatment, ultimately saying “None of this will break me. Fuck cancer.”

There’s Only Black was released on September 23 and is currently available via Nuclear Blast.

If you’re looking to catch some classic heavy metal in the flesh, you can check out Venom Inc. at any of their upcoming shows, listed below.

There’s Only Black Across America 2022 Tour
w/ Eyehategod, Ringworm, and Cult of Lilith