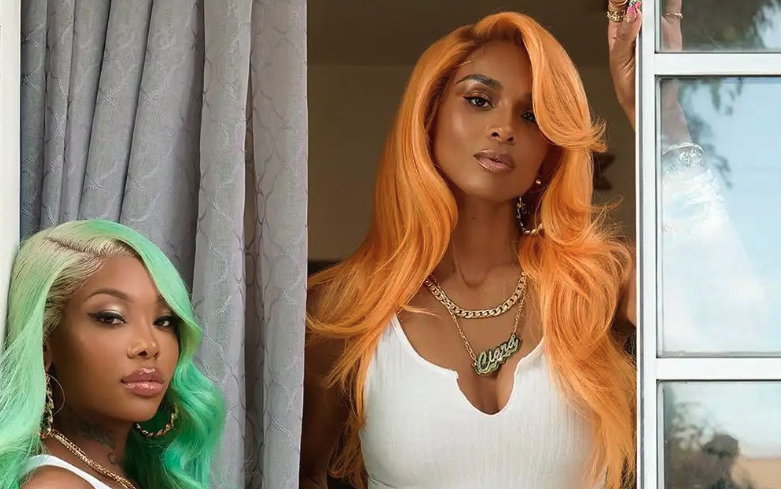 It marks their second collaboration, following “Ciara’s Prayer,” which appeared on Walker’s 2021 album, Still Over It.

“Better Thangs” is an energizing affirmation that one can turn heartbreak into empowerment. What truly makes this celebration of healing after a dead-end relationship come to life is that Ciara and Walker sound completely connected to the lyrics, having glowed up after a man’s tryst.

Their midtempo bop also has an underlying message for flying above any nonsense that doesn’t open the floodgates of new blessings.

Ciara described “Better Thangs” as a “feel-good anthem for elevating every aspect of your life.” She continued, “It’s meant to bring joy while inspiring the continuous evolution of one’s self.”

As for recruiting Walker for the track, Ciara said, “I have so much respect for my girl Summer and it’s fitting to have her on the record because we connect on so many levels, from where we come from, to our journeys and our mission to inspire other people to go after what they deserve in life…better thangs!”

An accompanying music video for “Better Thangs” is set to be released soon.

“Better Thangs” is Ciara’s second song released this year. Her most recent solo single was “Jump,” which was released July 8. Just after the music video premiered, the comeback tune, featuring Coast Contra, made its big debut at No. 4 on Billboard’s R&B/Hip-Hop Digital Song Sales chart.

“Jump” and “Better Thangs” are samples of what to expect from Ciara’s upcoming eighth album that will be released under her new record deal.

“I am thrilled to partner with Uptown/Republic Records through my own label imprint Beauty Marks Entertainment,” Ciara said. “Wendy [Goldstein] and I have been in discussion to work together for some time and the enthusiasm that her and the entire team have expressed over this new project marks an exciting new chapter in my career. I am grateful to be able to continue my mission of making the world dance with a team I admire, who are at the forefront of empowering artists.”

Ciara’s untitled next album will follow 2019’s Beauty Marks, which she independently released on her imprint. It featured the platinum-selling single “Level Up.” Other singles from the album included “Greatest Love” and “Thinkin About You.”

Music aside, Ciara has been moving on to big and better things. She recently launched a new skincare line, OAM. Before that, she entered a brand partnership with Kellogg’s® Rice Krispies Treats that included a jingle. Also, she signed on for The Color Purple musical as an adult version of Nettie.

As for Walker, “Unloyal,” the Ari Lennox-duet from Still Over It, topped R&B radio and Billboard’s Adult R&B Airplay chart. She returned the favor and joined Lennox for the song “Queen Space.”

The fan-favorite first appeared on Lennox’s surprise EP, Away Message, and a week later on her sophomore album age/sex/location.

Listen to “Better Thangs” by Ciara and Summer Walker below.