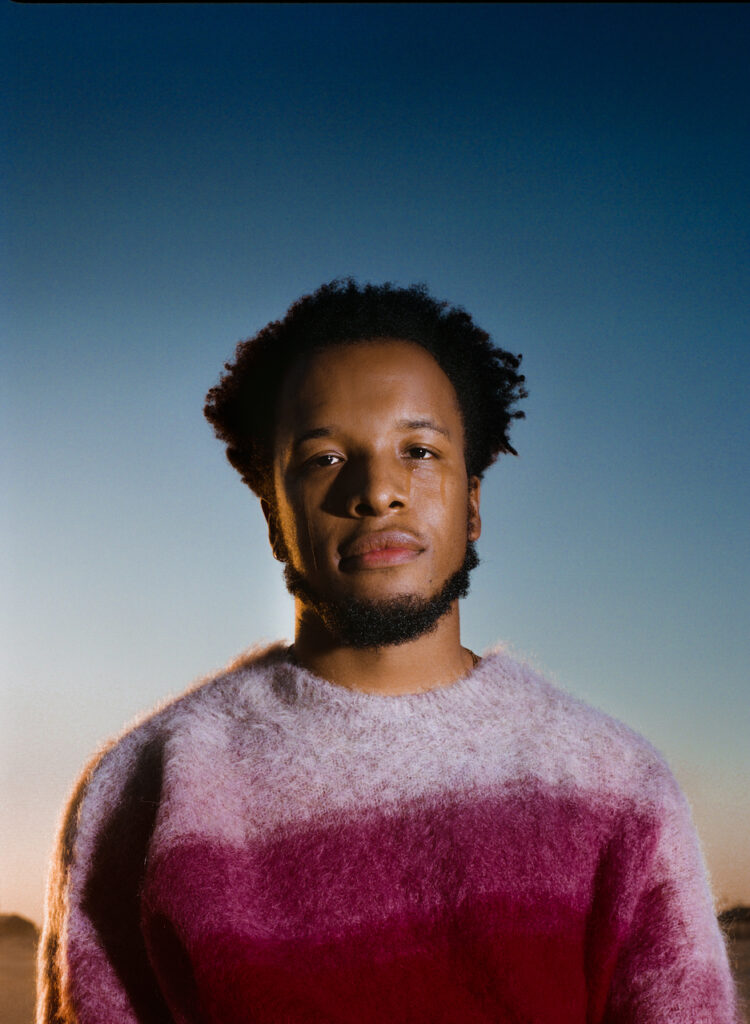 Cautious Clay has announced the new EP, Thin Ice on the Cake, which will arrive on Nov. 18.

Thin Ice on the Cake, available for pre-add, will feature six songs, including three previously-shared tracks, “Puffer,” Camp Anonymous,” and “Burning Up Slow.” The first of the trio debuted in June, while he presented the sophomore single in August.

“Burning Up Slow,” which he co-produced with HXNS, was introduced with the EP announcement. Clay recently shared its official music video co-directed by Haoyan of America and Shea Oracheski.

“I’ve always loved working with juxtapositions in my music. Conceptually Thin Ice on the Cake relates to being on the edge of something really bad as we grow nearer to death, but birthdays are also about celebrating the positives and joys of life. The cake is a great symbol of that. ‘Burning Up Slow’ is all about enjoying the ride,” shares Clay.

Brought up earlier, Clay’s first proper album, Deadpan Love, arrived in June 2021. The album was stacked with a handful of early singles, including “Agreeable” and the Saba-assisted “Strange Love,” to name a few.

In June, Clay teamed up with Apple Music for its Freedom Songs playlist to honor Juneteenth.