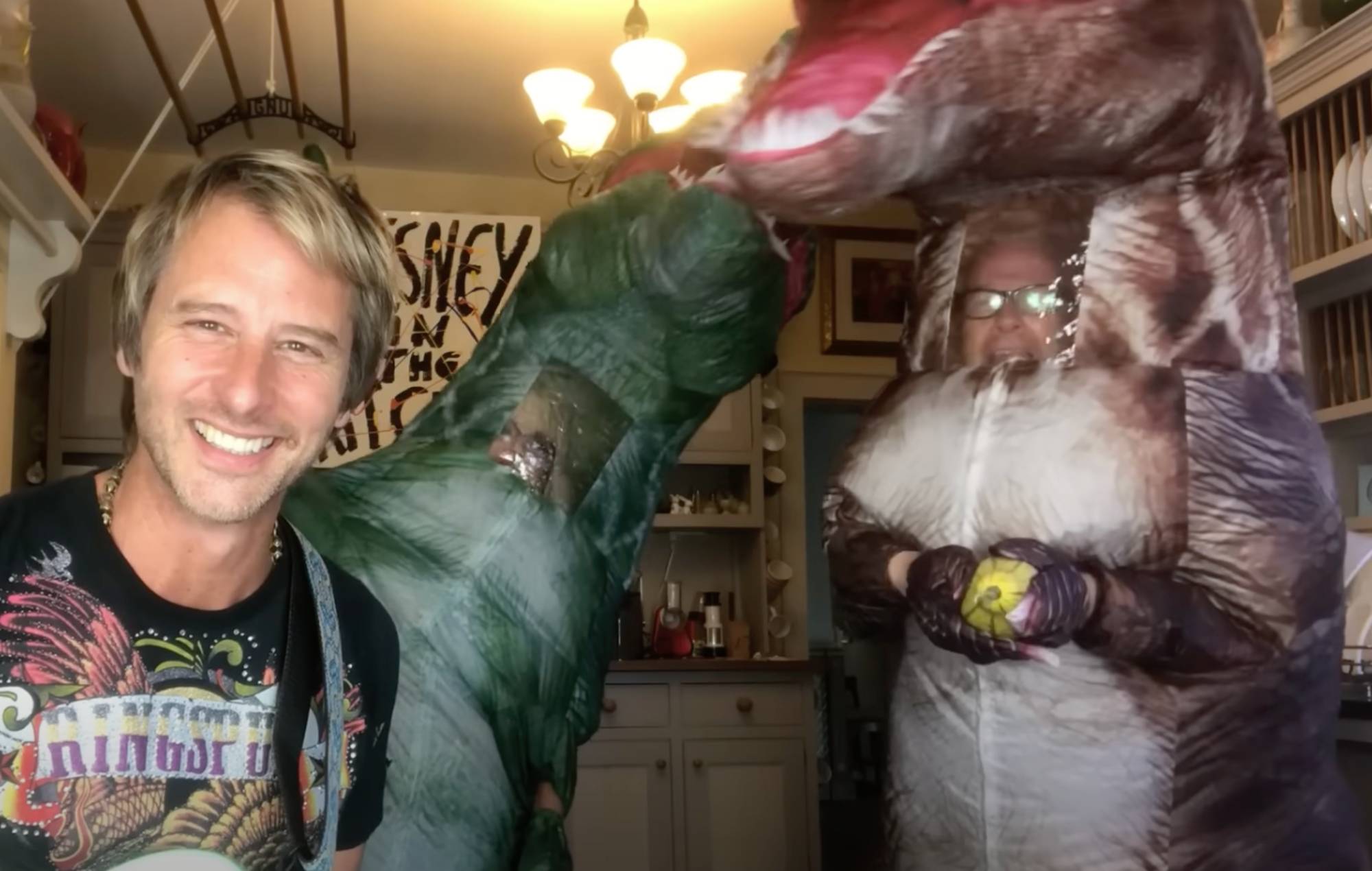 In the latest edition of Robert Fripp and Toyah Wilcox’s Sunday Lunch series, they were joined by Chesney Hawkes for a cover of ‘Summer of 69’ – check out the moment below.

In the latest edition of Sunday Lunch, Hawkes played guitar and sang the song while Wilcox and Fripp appeared only in the background, dressed in inflatable dinosaur costumes.

The edition today also featured some ‘bonus outtakes’ of the three performing the song together.

Check it out here:

It’s the third time Hawkes has appeared with the pair recently. For their last edition of Sunday Lunch, Willcox and Fripp shared a cover of Hawkes playing The Killers‘ ‘Mr Brightside’.

As part of their long-running series of weekly performances from their kitchen, the couple also delivered a rendition of Hawkes’ classic ‘I Am The One And Only‘ earlier this month month. Hawkes took the lead while they appeared in the background in lederhosen and a maid’s outfit seemingly to mark Oktoberfest.

The couple have been delivering Sunday Lunch episodes since 2020, when they began the series during the coronavirus pandemic, recently delivering a cover of David Bowie‘s ‘Heroes’ in dedication to the late Queen Elizabeth II.

Other covers that have been featured on the series include Pantera’s ‘5 Minutes Alone’, Lenny Kravitz’s ‘Are You Gonna Go My Way’, Limp Bizkit’s ‘Nookie’ and Billy Idol‘s ‘Rebel Yell’ among many others.

Willcox explained last year that the Sunday Lunch series had been born from a desire to keep Fripp inspired and entertained during the coronavirus-enforced lockdowns to stop from withdrawing”.

“Here I am in this house with this 74-year-old husband who I really don’t want to live without,” she told the Guardian. “He was withdrawing, so I thought: ‘I’m going to teach him to dance.’ And it became a challenge.”