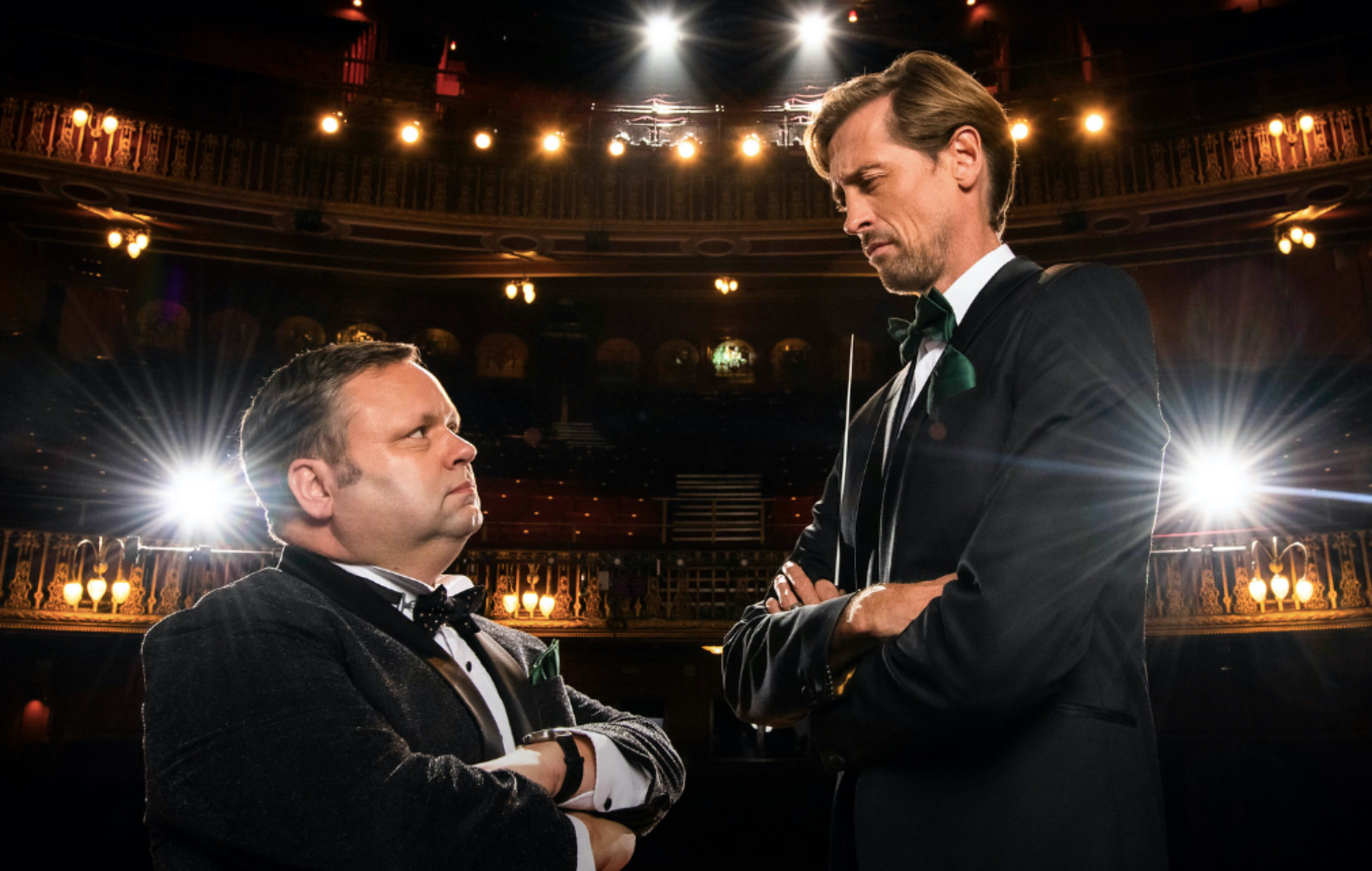 The ex-England footballer and Potts (who rose to fame after winning Britain’s Got Talent in 2007) have released the eight-track record on Spotify and iTunes/Apple Music, and Amazon Music via Paddy Power Records.

Per a press release, 100 per cent of the profits from the album will be donated to LTBTQ+ charity Stonewall in a bid to tackle oppression in Qatar (where this year’s World Cup is taking place) and around the world.

Additionally, Paddy Power has committed to a minimum donation of £25,000.

“I’ve always wanted to release my own album – so what better time than during a World Cup at Christmas?” said Crouch.

“We’ve taken the best terrace chants and sprinkled a bit of festive magic on them. The whole team put in a big shift and I’m really happy with the teamwork, dedication and the finished product. With Paddy Power’s bank roll and the people’s support, we hope a Christmas number one album is coming home…at the very least.”

Potts added: “Our goal with the album is to inspire England fans to cheer on the team give the country the lift they so desperately need right now. It was an honour to get the World Cup call-up from an England legend like Peter. I’ve always looked up to him.”

Qatar and World Cup organisers have faced ongoing criticism regarding the death of migrant workers in the creation of stadiums, as well as the host nation’s views on homosexuality, which is illegal in Qatar.

England manager Gareth Southgate has promised that his players will speak out about human rights abuses during the tournament. “We have always spoken about issues we think should be talked about, particularly the ones we feel we can affect,” he said.

“Regarding the LGBT community, we stand for inclusivity and we are very, very strong on that. We think that is important in terms of all our supporters.”

Last weekend, Dua Lipa denied any involvement with the 2022 World Cup amid rumours that she was set to perform during the opening ceremony.

“I look forward to visiting Qatar when it has fulfilled all the human rights pledges it made when it won the right to host the World Cup,” she wrote, explaining how she’d be “cheering England on from afar” instead.

Rod Stewart, meanwhile, has revealed that he turned down almost £1million to perform as part of the 2022 World Cup. “It’s not right to go,” he said. “And the Iranians should be out too for supplying arms.”

Elsewhere, comedian Joe Lycett has urged David Beckham to end his partnership with this year’s tournament.