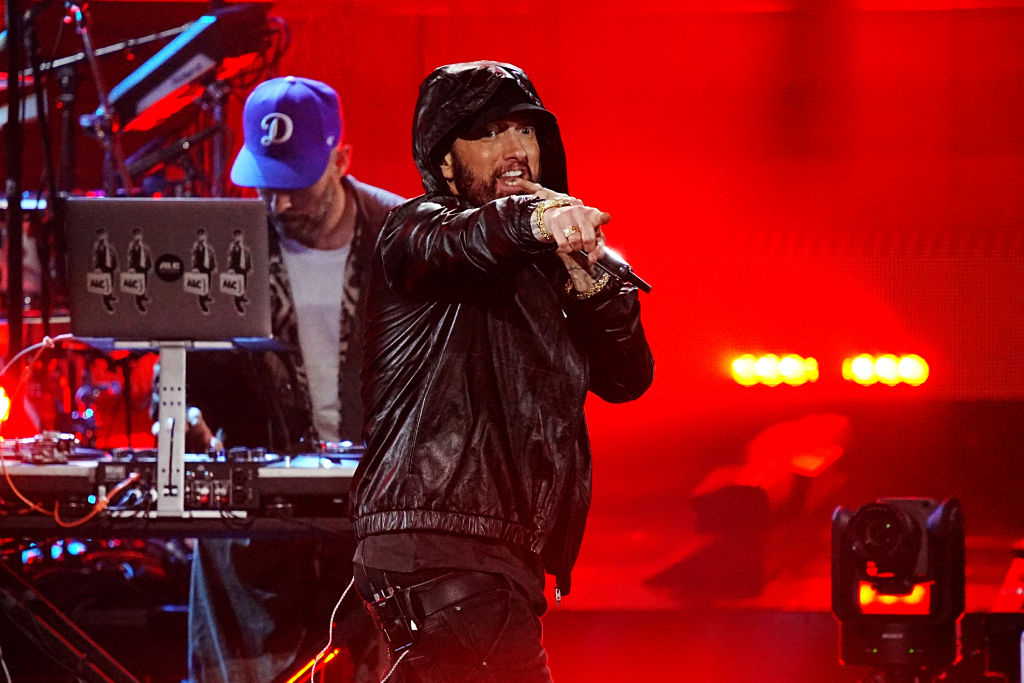 Eminem starring in a Grand Theft Auto movie? That reportedly almost was an actual thing.

During an appearance on Bugzy Malone’s Grandest Game podcast, Kirk Ewing, a friend of GTA creators Sam and Dan Houser and an industry vet, touched on a Grand Theft Auto movie starring Eminem supposedly rejected by Rockstar Games in the 2000s.

The film was to be helmed by Top Gun director Tony Scott, while Eminem, fresh off the release of the Marshall Mathers LP a year before and winning Best Rap Album Best Rap Solo Performance at the 2001 GRAMMYs, was on tap to star in the film.

“[The agent] said, ‘Kirk, we’ve got Eminem to star, and it’s a Tony Scott film. $5 million on the nose. Are you interested?’” Ewing said. “And I phoned up Sam and I said: ‘Listen to this. They want Eminem in the Grand Theft Auto movie and Tony Scott to direct.’ And he said: ‘Not interested’… They realized that the media franchise that they had was bigger than any movie that was going on at the time.”

Eminem went on to star in 8 Mile, a movie similar to the Detroit rapper’s life. It went on to win an Academy Award for Best Original Song for “Lose Yourself.”

So, maybe this was a case of some divine intervention pushing Eminem in the direction of 8 Mile instead of the Grand Theft Auto film, which sounds like a bad idea.

At the time, movies about video games were pretty damn bad, and this GTA movie starring Marshall Mathers sounds terrible.

But a GTA film can still happen, but chances are Rockstar Games decides to stay away from the idea since their games are so ridiculously popular.

According to Rockstar Games, Grand Theft Auto 6, a victim of a massive leak, is still coming and will not be delayed.

On This Day 21 Years Ago, Creed Lip-synced Their Way Through A Halftime Show
U.S. Senators to Investigate Ticketmaster’s Dominance Over Concert Ticket Sales
Brent Faiyaz “All Mine” On The Tonight Show
Lizzo and Queens Of The Stone Age announced for Open’er 2023
Noah Baumbach Delightfully Skewers Our Fear of Death in White Noise: Review