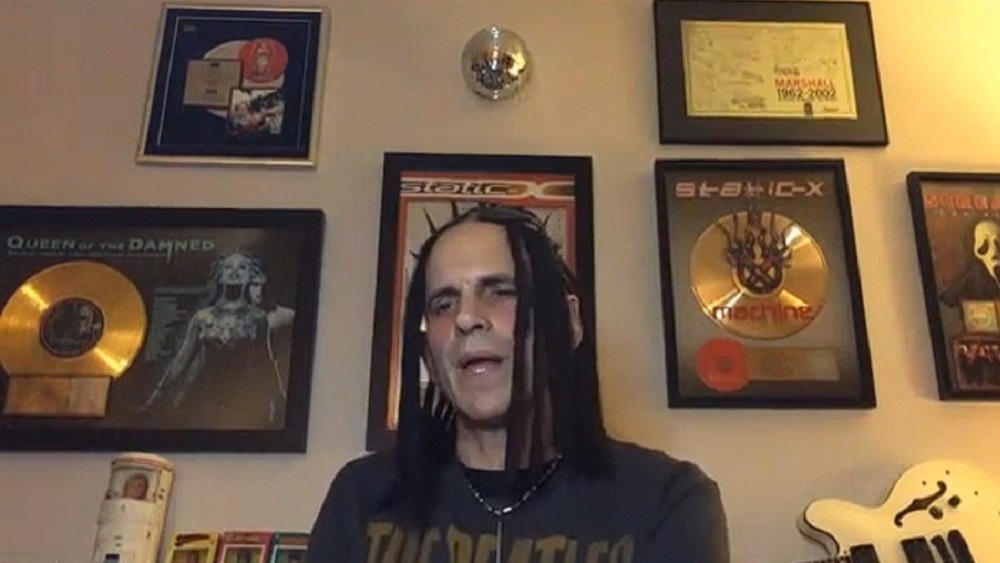 What is it with creepy dudes in metal and trying to make their case or complaining about the way people perceive them? In the last month, we’ve had Tim Lambesis admitting that maybe he shouldn’t have tried to get his wife killed, washed up Brian Warner complained that his career was over thanks to allegations of sexual assault from more than a dozen women, and now we’ve got convicted sex offender Tripp Eisen talking about how he simply “did something irresponsible.”

During a recent chat with The Chuck Shute Podcast, as transcribed by Blabbermouth, Eisen attempted to explain his apparent lapse of judgement that’s caused him to lose his spot in Static-X, Murderdolls, and Dope.

“This is all I know about. It was an incident. What happens in rock and roll, you make mistakes and you do things that are irresponsible. So I did something irresponsible. A lot of people do a lot of different things, you don’t know what the consequences are, really, till you get held accountable.

“I don’t wanna cast any aspersions of anybody else, but there’s a lot of irresponsible behavior going on. It’s a culture. What happened with me is something that may or may not be commonplace in the music industry. People have told stories, we all hear the stories about your idols back in the day — Led Zeppelin, Kiss, Motley Crue, Ratt, Poison — all these crazy stories. I’m sure there’s a lot of irresponsible behavior that went on. And all you can do is pick up the pieces when things happen. Like what happened to me, I was held accountable. To speculate on it is… I’m comfortable speculating on it. Yeah, maybe other things that happened with other people… I don’t know. It’s just bad decisions. And you try to overcome it.

“I accepted responsibility. I’ve talked about it. It is something that’s not admirable. It’s shameful and it’s something that I regret. I feel a lot of remorse. I’ve been through a lot of therapy and counseling. I understand the motivations. I understand the way I was thinking. It’s called thinking errors, cognitive distortions. And you understand where you were at the time and things like that. So, if it can help anybody to say, ‘You’ve gotta be careful.’ And I’ve been told that by all kinds of people: ‘Hey, you should have been more careful. You should know about people, about their age and things like that.’ I was a teenager; I should have known better. It’s that simple. But I look for forgiveness, maybe, and that you can give somebody a second chance and that you can learn from your mistakes and not ever make ’em again.”

For those that don’t remember, Eisen was 39-years-old when he was arrested in Orange County, California back in 2005 for allegedly driving from Pennsylvania to meet up with a then-14 year old girl from Sayreville, New Jersey that he found on the internet. He then sexually assaulted her in an Old Bridge, New Jersey shopping center on January 7, 2005. Once the girl’s mother found out, she called the police.

He was also arrested for a separate incident on February 10, 2005 on a single felony count of crimes against children when authorities found him sleeping in a parked car with another underage girl who he’d apparently just had sex with.

As a result of those arrests, he accepted a plea bargain where he pled guilty in California for “having oral sex with a person younger than fourteen years old and more than ten years younger than him.” Gross and reprehensible shit. After serving time and then later violating parole, he was eventually a free man once again by 2009.

He’d been arrested on this kind of shit at least three times. Let’s be clear. So to go on and say that it was all a consequence of being a rock star and that he didn’t make sure that the girls were of age, that’s just… crazy pants.

Is it true that in the past rock stars did some sexually fucked up shit? Yeah. No one’s disputing that. But people know better and the laws are even more widely known these days, so that excuse flies right out the window. I mean, hell. Even his own ex-bandmates outlined some of his fucked up tendencies. So sorry, boss. While it’s good you went and sought professional help, there’s no real way to sugar coat your actions here. Especially if you’re going to effectively chalk this up to an occupational hazard.

And then there’s how he describes his time in prison. Listen, no one can really say how he was treated in there except for him, the other inmates, and the corrections officers. But knowing how convicts treat sex offenders — especially those that dealt with minors — and hearing they “respected” him sounds a little farfetched.

“You try to see good in different things and you make the most of it. If you’re lost out in the wilderness or you do whatever, you’re in some unbearable situation, you make the most of it and you go in survival mode. And I’m shocked I survived because I feel like I’m a wuss. I don’t know how I survived gangs and all these different things. There are murderers and gang members; it’s scary stuff.”

“…If you’re honest about it, you defuse it. And I was in a situation where I was just honest about it. And people who would maybe beat or murder people of certain charges, they were understanding. They said, ‘Listen, that’s not… You’re not a child molester. You’ve gotta know girls’ ages. That’s not molesting a child.’ So, people in gangs that would normally rough you up or kill you or whatever, for some reason — maybe I’m stupid — but I said, ‘Let me just be honest.’ And they had empathy for me, weirdly enough. I mean, hardcore skinhead gang members. It was scary. I was just, like, ‘I’m just gonna tell ’em. Whatever. See what happens.’ And because I was upfront and they respected me in some weird way… I don’t agree with people with swastikas on their arms. I was just, like, ‘If they wanna do something, they’re gonna do something. What are you gonna do?’ So I was honest, and they respected that. And they said, ‘We wouldn’t harass you about that. You’ve just gotta be careful.’ And I’ve had corrections officers and different people in different situations — like actual police, corrections officers, officers of the court — ask me questions, ‘What are you in for?’ And I’d tell ’em, and they’d go, ‘Oh. Yeah, you’ve gotta be careful these days.’

“So, I understand. I took responsibility. It’s a thing that’s shameful, and it’s a terrible mistake. But I was in facilities with people that did horrible, horrible, horrible things. So I’m, like, ‘Phew, thank God. I’ve just got this little bit to do here and I’m gonna get on with my life.’ So, you count your blessings, and you’ve gotta recover from it.”

It’s absolutely wild this guy apparently got out without any major incidents just by being honest with the other inmates. I’m not saying his accounts aren’t true, they just sound crazy to me. Also, it doesn’t matter how much you accept your responsibility in sexually assaulting an underage girl, you still did that shit and I’d venture to guess for most people, there’s no coming back from that one.

Amazon Commitment To 8-10 Films Annually: What This Means
BTS’ Suga to launch his own talkshow ‘Suchwita’ with RM interview
Chinx Ft. Sizzla “On Purpose”
Irene Cara, ‘Fame’ and ‘Flashdance… What a Feeling’ Singer, Dead at 63
Action Bronson Ready For Wrestling Career, ‘Storylines Galore’