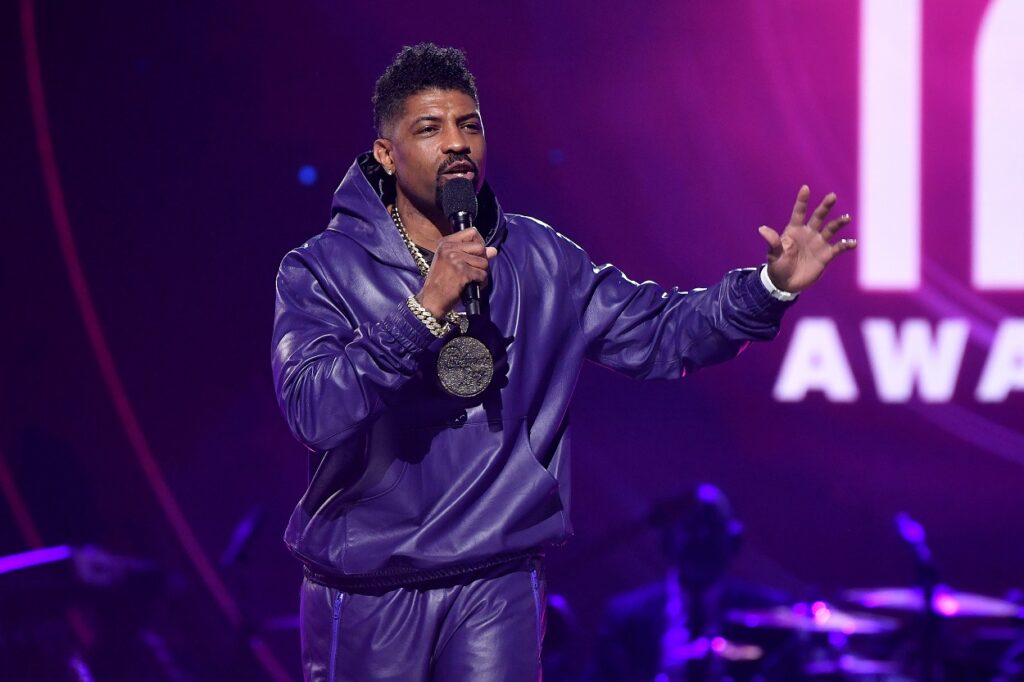 As the 2022 Soul Train Awards host, Deon Cole has some big shoes to fill.

Seasoned actresses and comedians Tisha Campbell and Tichina Arnold kept audiences engaged and laughing as hosts for four-consecutive years, dating back to 2018.

Cole applauds the sister-friend duo and their incredible run and looks to make his mark and make them and everyone else proud. He had one goal in mind: “Make it super Black and fun,” he tells Rated R&B during a virtual press conference for the Soul Train Awards. “That was my whole agenda and we did that. We had a blast.”

Even with one hosting gig on the books, Cole could already see himself returning for a second term.

“I would love for them to ask me to come back. Absolutely. Like I said, we had a great time and kept the fun going, the laughter going and all of that. So it was great,” he anticipates.

Elsewhere, Cole spoke to Rated R&B about his relationship with Soul Train and its awards, his all-time favorite R&B album, starring as Alphonso/Pa in the upcoming Color Purple musical and more.

On His Favorite R&B album

Man, I like [Michael Jackson’s] Off the Wall. That’s my go-to, Off the Wall, all day long.

On Playing Alphonso/Pa in Upcoming The Color Purple Musical Film

Playing Alphonso was something that was very trippy to me to even be considered for that role, as iconic as it is. Like in the original, he’s not in the movie all the way through, but he is the reason all of that is happening. And so for them to come to me, the director Blitz [Bazawule] and for them to be like, “Yo, come rock with us,” I was in awe to be rocking with Oprah Winfrey, Steven Spielberg, Blitz, and the entire cast is amazing. I think we definitely put some magic down, and I can’t wait for the world to see this. It’s something else. It’s something else, for real.

Beyoncé and Mary J. Blige are tied for the most Soul Train Awards nominations with seven each, followed by Ari Lennox (6) and Chris Brown (5).

Morris Day & The Time will be awarded the Legend Award and Xscape will receive the Lady of Soul Award. They’ll both take the stage for career-spanning performances.

Lennox, Tank, Chanté Moore, Muni Long, SiR and J. Valentine are among the stars set to take the main stage. Coco Jones and Q will perform as the BET Amplified stage acts.

Meanwhile, Long, along with Alex Vaughn, Durand Bernarr and gospel singer Tasha Cobbs Leonard are on board to participate in the Soul Cypher.

In other-related Cole news, besides hosting the Soul Train Awards, Cole has a stand-up special, Charleen’s Boy, streaming on Netflix.