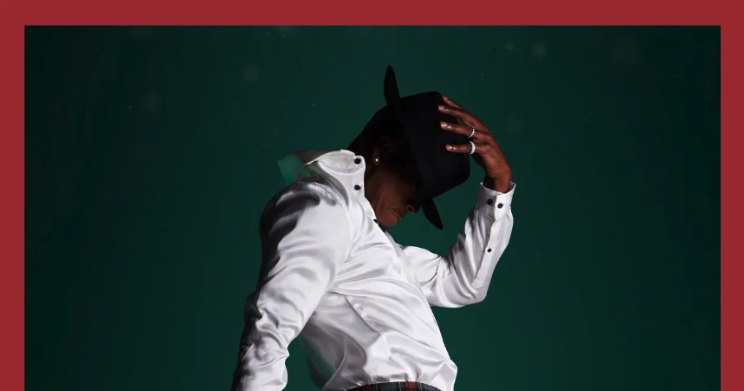 Ne-Yo is getting back into the festive spirit with his new song “Everyday Is A Holiday.” It’s a bonus track from his album Another Kind Of Christmas (Deluxe Edition), out now on Motown Records.

“Everyday Is A Holiday” is another heartwarming tune from the Grammy-winning singer/songwriter. Here, Ne-Yo professes that being with his woman brings him joy year-round like a never-ending holiday season. And for that, he doesn’t expect any gifts from her for Christmas.

“I don’t need nothing this year / It’s all about you this time / ‘Cause you been my gift year-round / And I can unwrap you whenever I like,” Ne-Yo sings.

As previously mentioned, “Everyday Is A Holiday” appears on Ne-Yo’s first holiday album, Another Kind Of Christmas (Deluxe Edition).

The original 11-track album was released Oct. 3, 2019; it includes five original songs written by Ne-Yo and six covers such as “Someday At Christmas” and Marvin Gaye’s “I Want To Come Home For Christmas.”

Ne-Yo’s deluxe edition follows his eighth album, Self Explanatory, which was released July 15. The album includes features from Jeremih (“U 2 Luv”), Bleu (“Stay Down“), Trippie Redd (“Push Up”) and Zae France (“Layin’ Low“).

“I call the album Self Explanatory because, at this point, the music should speak for itself. I hate to listen to a song that has a storyline to it and once it’s over, I’m asking questions. I’m supposed to be able to know what’s going on the second it plays,” Ne-Yo told Revolt‘s Ty Cole in an interview.

He added, “Secondly, I’ve been in this game for almost 20 years, so I really don’t think a Ne-Yo album requires explanation at this point.”

On Thursday (Nov. 24), Ne-Yo will star in the BET+ original holiday film The Sound of Christmas, alongside Serayah.

The Sound of Christmas tells the story of Montana (played by Serayah), a down-on-her-luck music teacher, who leads a wealthy widower Quentin (played by Ne-Yo) away from his gold-digging girlfriend and back to love during the holiday season.

Stream Ne-Yo’s Another Kind Of Christmas (Deluxe Edition) below, which includes his new song “Everyday Is a Holiday.”