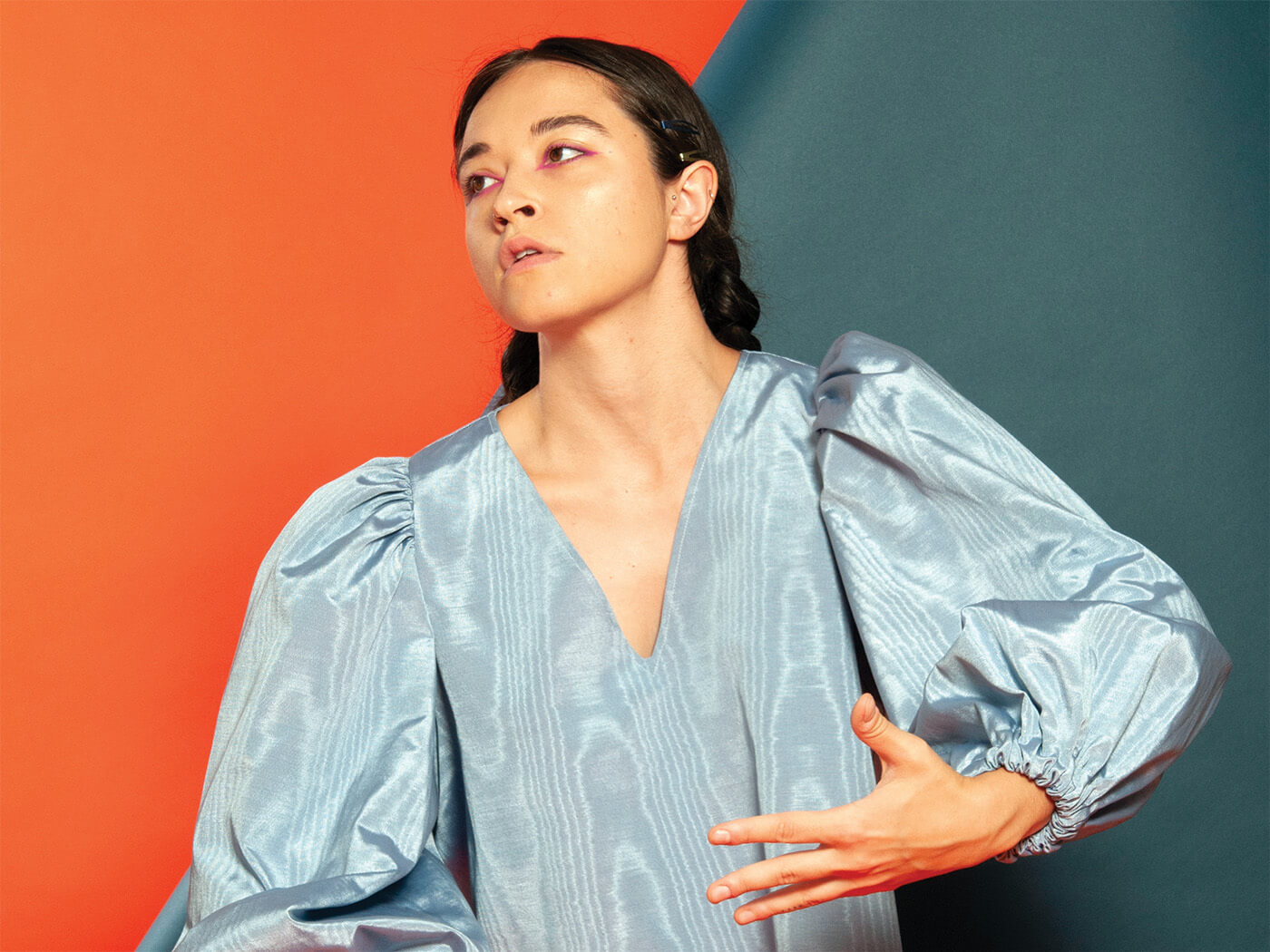 “Finally,” sings Macie Stewart, on the opening track of their debut album, “I tell the truth to myself, to you.” The songwriter, singer and composer is much-loved in the jazz, improvisational and indie music scenes of their native Chicago, but Mouth Full Of Glass offers up a deeply intimate, skilfully crafted, alternative portrait of their inner world.

You’ve probably heard Stewart’s work without knowing it: on strings for artists as diverse as SZA and Whitney, as a touring multi-instrumentalist with The Weather Station and Claire Rousay or, most likely, as one half of art-rock duo Finom (until recently, Ohmme) with Sima Cunningham. There are parallels to be drawn between all of those and Stewart’s first music under their own name – but the precise arrangements and experimental flourishes perhaps most closely resemble Stewart and Cunningham’s recent collaboration with Iron & Wine on an EP of songs by the country musician Lori McKenna.

Although Stewart began recording the songs that would become Mouth Full Of Glass in 2019, pausing the project while Finom worked on their second album Fantasize Your Ghost, the bulk of the work – unsurprisingly – took place during the pandemic, with their more collaborative creative avenues closed off to them. Living alone after a major relationship breakup, grappling with loss of structure as a touring musician and dealing with family bereavement, Stewart took lots of long walks around the nature preserve close to their home, giving them time to ponder, process and learn from their inner self, their queerness, their relationships and their hopes for the future.

The version of truth-telling Stewart ultimately lands on is poetic, minimalist and image-rich in turn. The titular reptile on “Garter Snake” – which Stewart recalls crossing paths with frequently on those Chicago walks – becomes a metaphor for shedding one’s less desirable traits and starting fresh, the singer’s confessions to qualities such as wickedness and indecision sung without guilt or shame. “What Will I Do”, perhaps the wordiest song on the album, exquisitely captures the tension and pain at the end of a long-term relationship both parties know is over: “I see you in the street, in open air and in my core/I feel a rhythm of a song I knew before”. At the other end of the scale, the airy almost-title track “Mouthful Of Glass” barely features lyrics at all: the song was inspired by a dream featuring the central image and Stewart draws out the words like their voice was itself an instrument, the approach that of an impressionist artist to the paintbrush.

But the lyrics are only part of the story, with Stewart bringing the full depth of their experience as a composer, violinist, pianist and string arranger to the album’s 30-minute runtime. Tonal shifts do much of the emotional heavy lifting: “Finally” begins with a sweet, lilting, guitar-picked melody before sweeping the listener up in a lush, romantic string arrangement; “What Will I Do” is elegant chamber music for piano and guitar until a moment of brash, electronic noise creates a gap into which an elegant string arrangement can flow.

Stewart recorded and stitched together many of the instrumental parts at home, but several notable Chicago musicians add additional flourishes: Sen Morimoto’s serpentine saxophone entangles Stewart’s acoustic guitar on “Garter Snake”, and regular collaborator VV Lightbody adds a dancing flute part to the deceptively pretty “Defeat”. Cellist Lia Kohl (who has released two duo albums for violin and cello with Stewart) adds heft to the string arrangements of “Finally” and “Tone Pome”. The title of the last of these alludes to the orchestral ‘tone poems’ inspired by landscapes and nature, and its lyrics and instrumentation capture the changing of the Chicago seasons: the softness of newly fallen snow, the twinkling shoots of life beginning anew.

Among a work that is often extraordinary, sometimes spectacular, two tracks in particular stand out. “Golden (For Mark)” is a sombre hymn for someone who died in childhood but, while the imagery is stark (“a picture upon her mantle/Saw her cry a handful of times wondering who you’d have been”), by keeping the music sparse and leaving space for the song to breathe, Stewart ends up with something that lingers long past the three-minute mark. And “Wash It Away”, the closing track on the original US version of the album, is a precision-crafted composition, Stewart’s voice practically soaring above Ayanna Woods’ horn arrangement before the song’s discordant, more experimental chorus hits like a reset button. Whether the album has scratched Stewart’s solo creative itch remains to be seen, but it’s hard to imagine a better record to finally put their own name on.