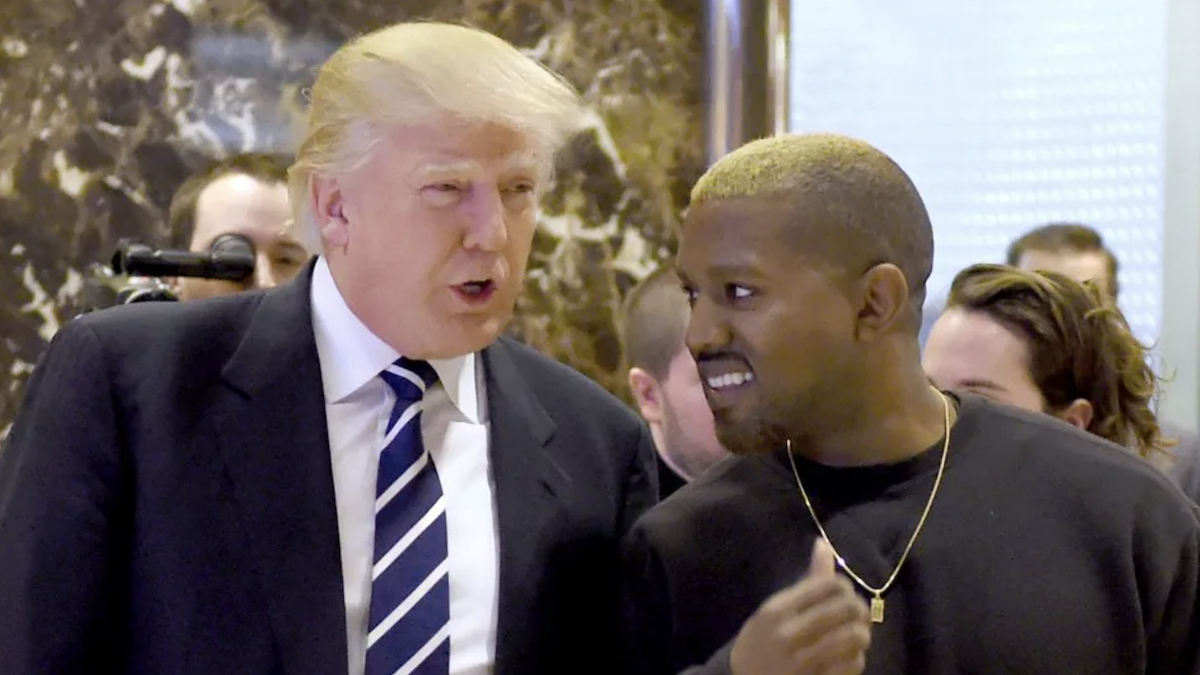 Donald Trump confirmed details about his controversial meeting at Mar-A-Lago earlier this week with Kanye West and his far-right extremist guests, calling the rapper “a seriously troubled man” whose 2024 presidential campaign “can’t win.”

In a statement shared on Saturday night via Truth Social, the disgraced former president posted, “So I help a seriously troubled man, who just happens to be black, Ye (Kanye West), who has been decimated in his business and virtually everything else, and who has always been good to me, by allowing his request for a meeting at Mar-a-Lago, alone, so that I can give him very much needed ‘advice.’”

Trump then vaguely acknowledged Ye’s dinner guests, who included white nationalist and antisemite, Nick Fuentes, as well as Karen Giorno, a former MAGA strategist now enlisted in West’s 2024 bid, confirmed via Politico. “[Ye] shows up with three people, two of which I didn’t know, the other a political person who I haven’t seen in years. I told him don’t run for office, a total waste of time, can’t win. Fake News went CRAZY!”

Ye had previously shared his version of events in a campaign video posted on Twitter, in which he told his recent “YE24” acquisition and former Breitbart editor, Milo Yiannopoulos, that Trump was “impressed” by Fuentes and rebuked his proposal for the former president to serve as his 2024 running mate. The Yeezy founder also alleged that Trump made disparaging remarks about his ex-wife, Kim Kardashian, before he “started basically screaming at the table telling me I was gonna lose. I mean, has that ever worked for anyone in history? I’m like, ‘Wait, hold on Trump, you’re talking to Ye.’”

Unsurprisingly, both accounts of the dinner focus more on Trump’s scrutiny of Ye’s election odds rather than the inarguably more troubling company at the table. Aside from his empowering of the alt-right movement throughout his presidency, Trump has continued to spread antisemitic sentiments on social media. Meanwhile, West has irreparably tarnished his legacy with sustained antisemitic hate speech.