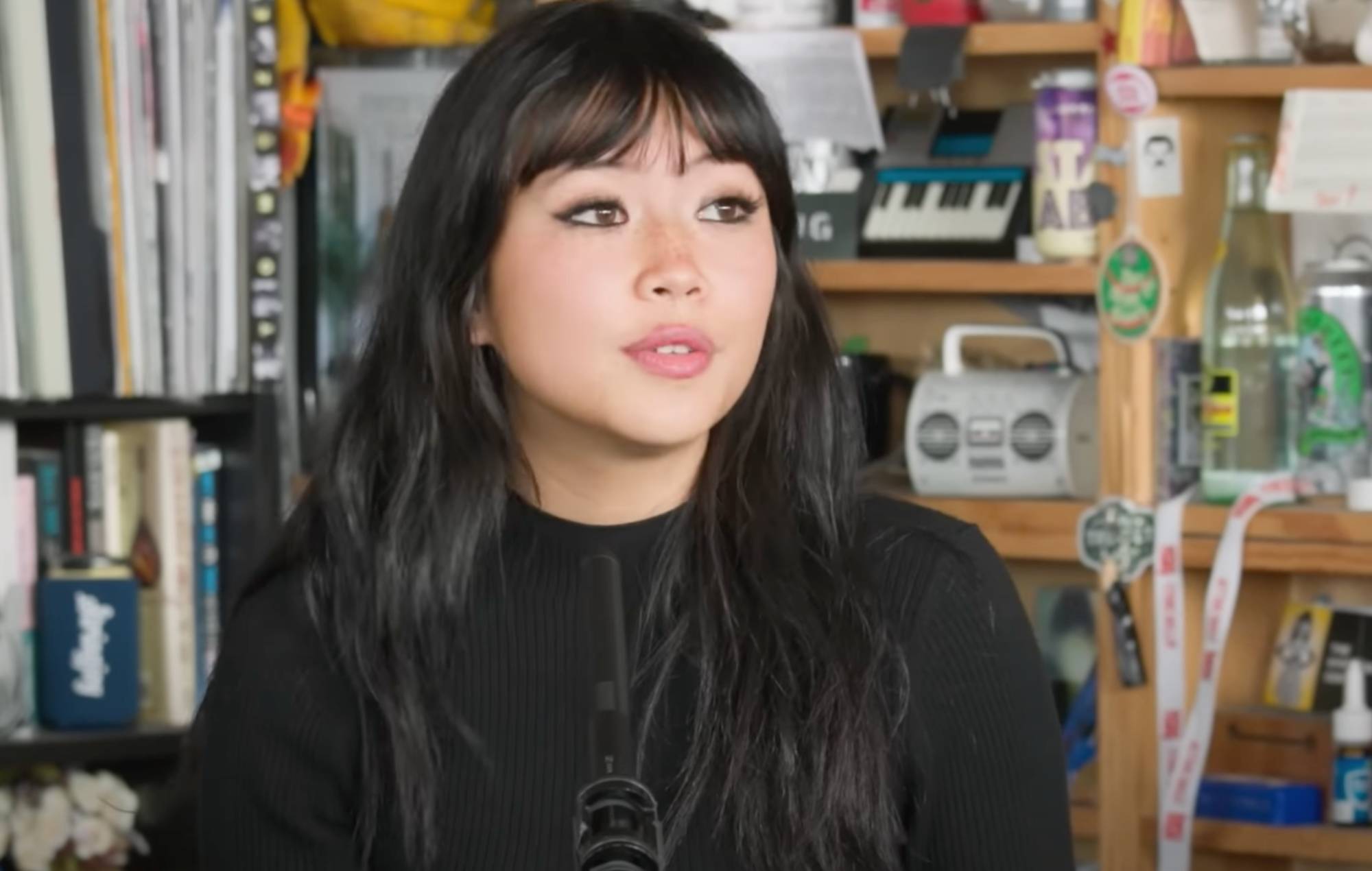 Beabadoobee has treated fans to a preview of an unreleased track – watch her perform ‘Glue Song’ below.

The musician is the latest artist to appear on NPR’s Tiny Desk Concert series. She performed a selection of her popular tracks as well as the unreleased song.

Accompanied by a live band, Bea’s Tiny Desk sees the singer-songwriter begin by performing ‘See You Soon’, which is taken from her second album ‘Beatopia’.

She then goes on to play ‘Perfect Pair’ and ‘Ripples’ before delivering a rendition of an unreleased offering titled ‘Glue Song’.

Prior to performing the unreleased track, Beabadoobee revealed that the track was written last month and described it as “really special”. Watch Beabadoobee’s Tiny Desk Concert below.

The set marks Bea’s debut appearance on Tiny Desk and she has taken to Instagram to explain what the performance means to her.

Sharing her rendition of ‘Glue Song’, she wrote: “I remember watching countless tiny desk videos in my bedroom and dreaming one day i could do it myself and it is so surreal that i had been given the opportunity to finally fulfill that dream with such talented people. beatopia will remain to be such a special record to me and singing the songs in such a special place for me was pretty crazy.

“Glue song is my favourite love song iv written so far, no lyrics with double meanings or some weird sad undertone, just a plain and simple in your face love song, i felt so grateful being able to play it on tiny desk as it’s first little debut, and being able to share my songs with you!!”.

Bea’s Tiny Desk comes just weeks after she announced her first ever European headline tour, which is set to begin in Hamburg on March 4. She’ll then head to Berlin, Munich, Milan and Zurich before visiting other European cities later that month.

Following her European tour, Bea will then join Taylor Swift as an opening act on select dates of the singer’s 2023 North American ‘Eras Tour’.

Beabadoobee is currently out on her own North American headline tour, which is in support of the aforementioned ‘Beatopia’ LP that dropped in July.

In its a four-star review of the album, NME wrote: “The world of ‘Beatopia’ is finally in full bloom… as its creator embraces not only the vibrant colours of their own imagination, but the magic of letting the world in to see.”