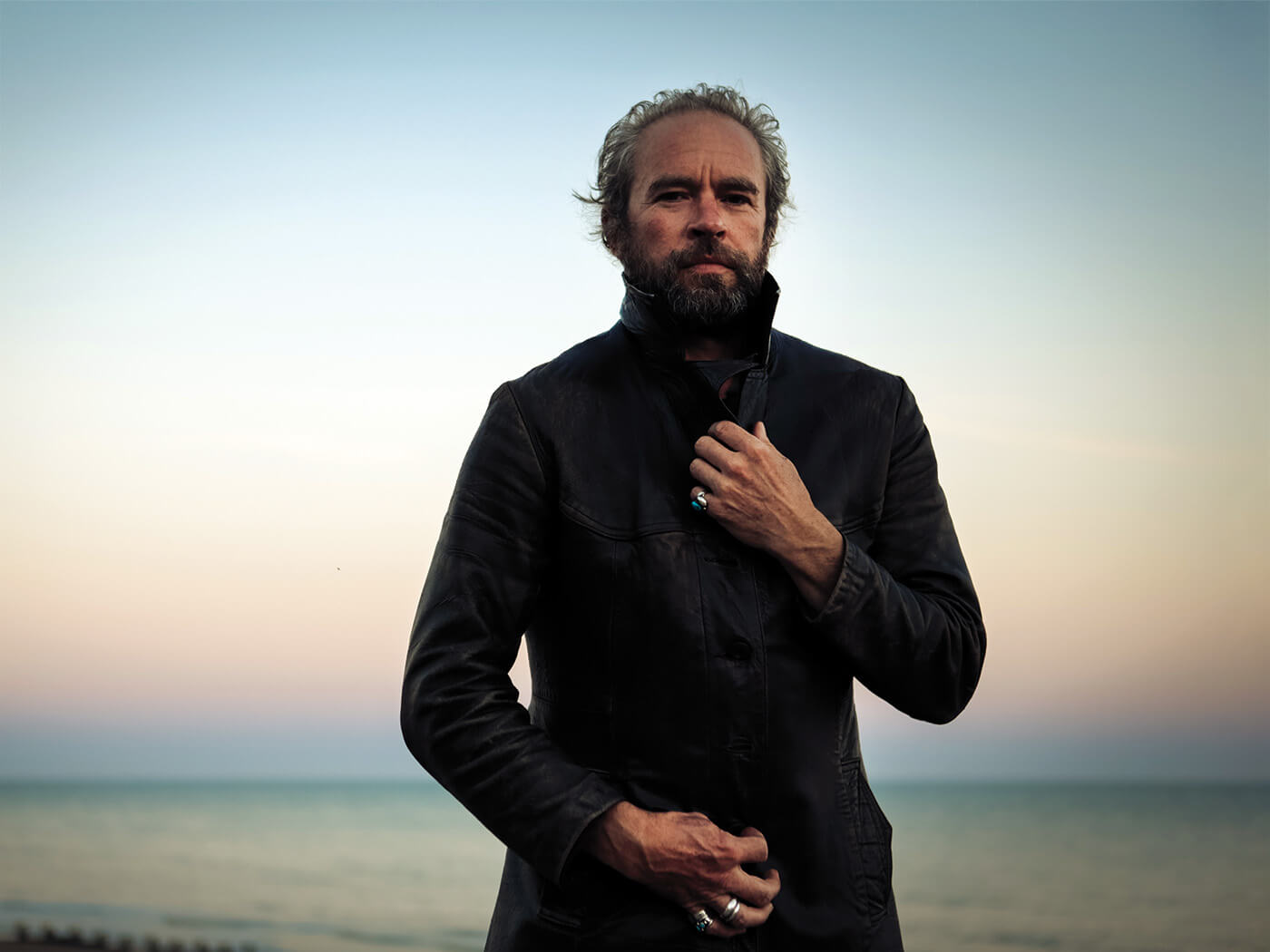 “Everyone says I sound like I live in the desert,” muses Duke Garwood, St Leonards’ premier exponent of parched, post-modern blues. For him, it’s not about where you’re from, or even where you’re at – it’s about where your daydreams take you. “I look at the sea a lot and it seems like a big desert,” he says. “I’m a fantasist, I guess.”

Rogues Gospel certainly sounds like the work of a man strolling out alone into the dusty wilderness, following ancient tracks across the plains, vultures circling overhead as he hallucinates his own demise. It’s Captain Beefheart twitching on the desert highway, it’s Tom Waits sleeping with his shovel, and vividly evocative of a scorched American landscape to the point where you can almost hear the coyotes howl. So it’s a bit of a shock to discover that the album was recorded not in California, where Garwood has made several of his previous records, but in a bungalow in Kinson, “a very boring place” on the outskirts of Bournemouth.

It was summoned from Garwood’s feverish imagination at the height of lockdown 2020, which might partly account for the sense of isolation and creeping insanity present throughout – and of course those British summers can be disorientingly hot these days. Garwood also slept in a tent in the garden, to get that little bit closer to the stars. But it’s a sign of increasing confidence in his own shamanic, world-building abilities that he’s made his most compelling album in the least auspicious surroundings imaginable.

Much like his music, Garwood’s career has been the slowest of slow burns. After his ’90s bands came to nought, he was in his mid-thirties before finally making his recorded debut with 2005’s Holy Week. Even then it took another decade before he fully established himself, via a pair of collaborative albums with the late, lamented Mark Lanegan. The second of those, 2018’s terrific With Animals, suggested a fruitful new working method: while dog-sitting for Lanegan in the midst of an LA heatwave, Garwood made the bulk of the album in two weeks, playing along instinctively to the primitive drum settings of an old Casio keyboard.

That resourceful spontaneity shapes Rogues Gospel. No songs were written before decamping to Bungalow Magic, as they call it, which is really just the home of Garwood’s long-time drummer and closest collaborator Paul May. May’s languid brushed snares were laid down first, defining the groove-focused feel of the album, with Garwood joining in on “things that shake and rattle”. Next came the heat-haze organ shimmer, forced out of a 1970s Yamaha Electone of the kind you imagine probably comes installed as standard in all Bournemouth bungalows. Only then did Garwood add guitars: a loosely-strung acoustic or a buzzing, surly electric, constantly shrugging off the beat and refusing to alight on an obvious chord.

Garwood also plays a mean clarinet but it’s not until “Love Comet”, halfway through the album, that he lets that particular snake out of the box to slither menacingly across the song’s intro. On the slow, skeletal crawl of “Whispering Truckers” he doubles up on alto sax, lending the track a tense, jazzy freedom, with reference to the quieter moments of Alice Coltrane’s “Mantra”.

It’s probably a little too glib to suggest that Garwood has picked up the mantle of his former collaborator; he’s very much his own man, and in any case Lanegan was not looking to anoint a successor. Suffice to say that if you’ve enjoyed any of Lanegan’s more exploratory solo efforts, you’ll find plenty to love here. Garwood’s vocal style is not at all dissimilar, rising over the course of a line from a growl to a wise, haunted croon. At the beginning of the “Maharaja Blues”, when he spots “blackbirds on the breeze”, you know it’s not a good omen. Elsewhere, Garwood suffers visions of holy grails, bodysnatchers and “neon rain falling”.

For all its dark portents, though, Rogues Gospel is a strangely uplifting experience. As in The Waste Land, the image of death is not to be feared; it’s a symbol of rebirth. “I fold like origami”, sings Garwood, “so I can cocoon and come out stronger”. Even when he’s mulling over his romantic failures on gorgeously chimerical closer “Lion On Ice”, he still sounds hopeful of redemption. “I hear you shoot arrows, darlin’”, he murmurs, as his flaky guitar line finally crumbles into dust. “Shoot one at me”.

For Garwood, all roads have been leading to this point: his increasingly assured solo albums, his simpático mind-melds with Lanegan, his recent cinematic/spiritual jazz excursion with Soulsavers’ Rich Machin as The Quiet Temple. Rogues Gospel may be his least considered album, made in the most fraught and unromantic of circumstances, but by simply leaving the tap running, a lifetime of experience and yearning and deep immersion in the blues has flooded out. This might be a record forged in British seaside towns, but Garwood doesn’t need to sing about tea shops and bus stops to sound authentic. Sometimes it takes a fantasist to tell you the truth.