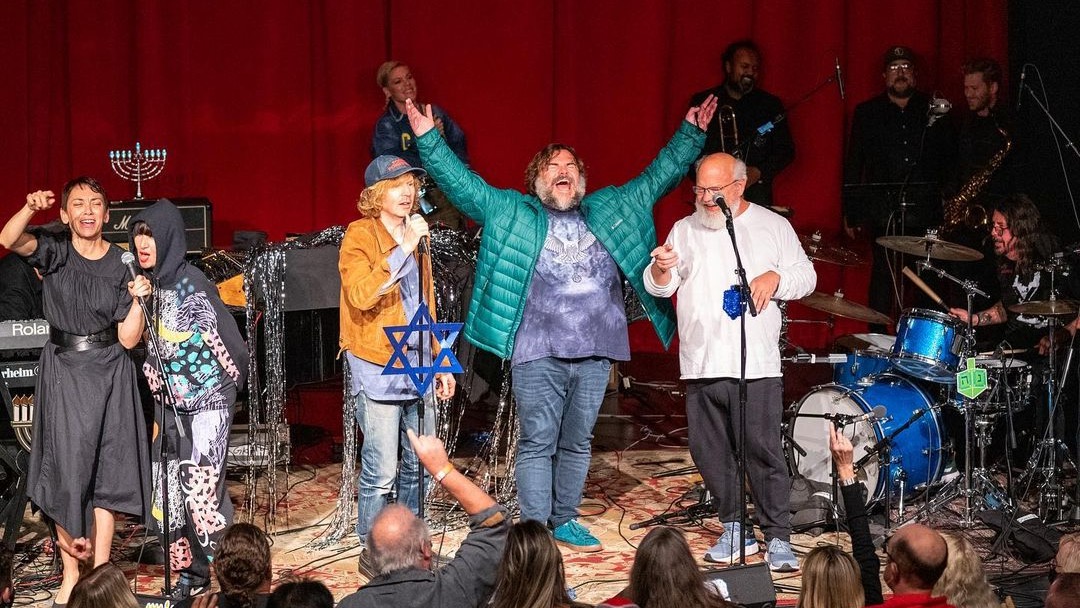 Winter, that occasionally charming burden, is not shared equally, as Dave Grohl and Greg Kurstin reminded us on the eighth and final night of Hanukkah with their cover of Randy Newman’s “I Love LA.”

Like previous covers in Season 3 of the Hanukkah Series, “I Love LA” was recorded live at Los Angeles’ Largo at the Coronet on December 5th. At the time they couldn’t have known that the midwest and northeast would be blitzed with snow storms at the end of the month. But right now, if you call one of those area home, it’s hard not take personally lyrics such as, “Hate New York City/ It’s cold and it’s damp,” and “Let’s leave Chicago to the Eskimos.” Dave, Greg, we hope you get sunburn.

A note accompanying the cover’s release reads, “Merry Christmukkah! Our nondenominational gift to you on this convergence of holiday cheer for the Jews and the goyim is Randy Newman’s classic ‘I Love L.A.’ — sung by Dave Grohl!” As this was the final performance, Grohl and Kurstin were joined by the numerous musicians who joined them for this year’s Hanukkah Sessions, including Beck, Karen O, Jack Black, Kyle Gass, P!NK, and Inara George.

Previously in the Hanukkah Series, Grohl and Kurstin performed Blood, Sweat & Tears’ “Spinning Wheel” with Apatow, “Get the Party Started” with P!nk, 10cc’s “The Things We Do for Love” with Kurstin and George, Janis Ian’s “At Seventeen” with Grohl’s almost 17-year-old daughter Violet, “E-Pro” with Beck, a duet of “Heads Will Roll” with Karen O, and a cover of Rush’s “The Spirit of Radio” with Black.