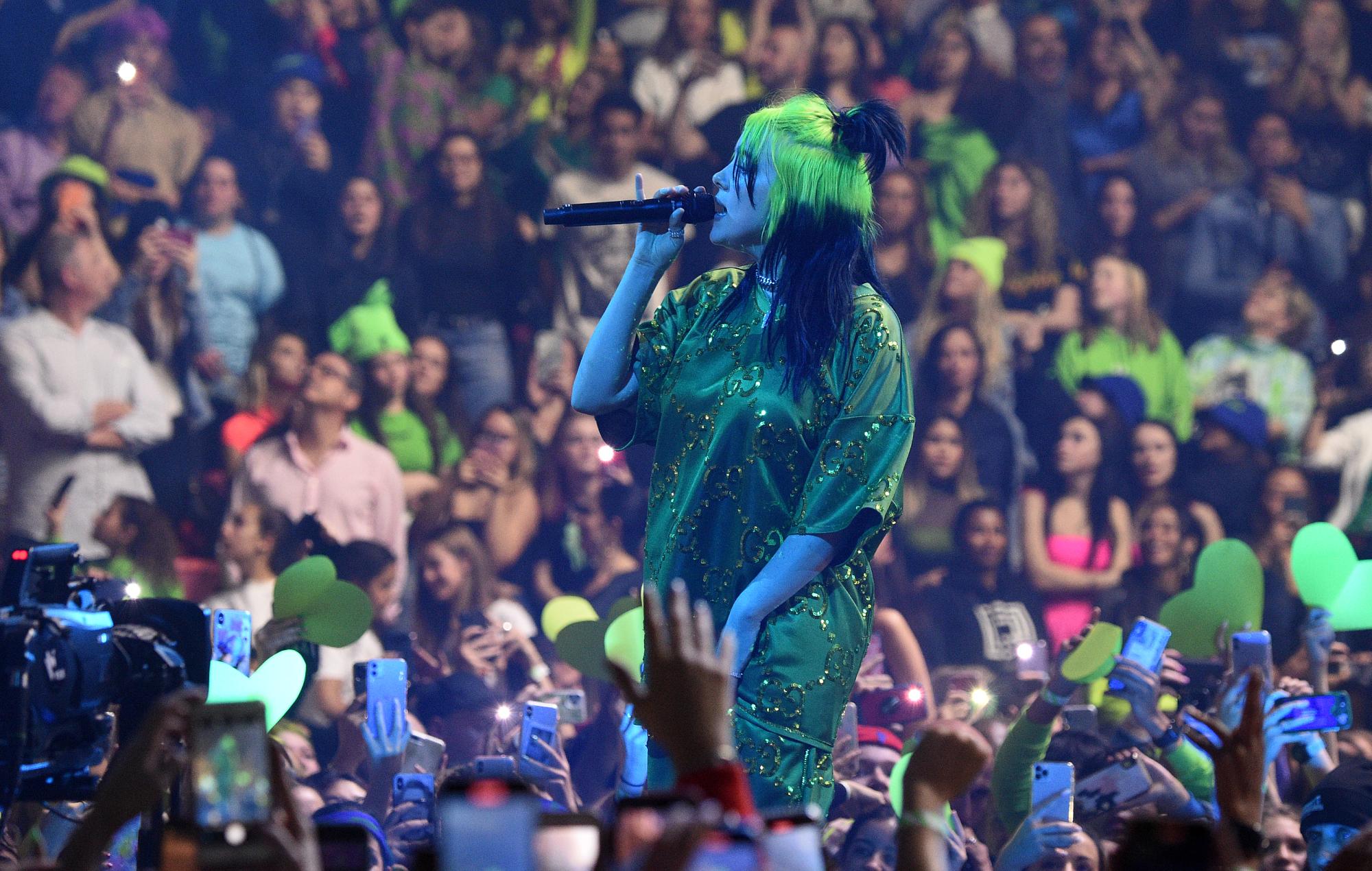 Billie Eilish has addressed her new album, saying that it’s shaping up to be exactly how she intended.

The artist, whose fly-on-the-wall Apple TV+ documentary The World’s A Little Blurry is released next month, suggested that the follow-up to 2019’s ‘When We All Fall Asleep, Where Do We Go?‘ is more honed than her debut.

Talking to Vanity Fair, the 19-year-old star said that her new music “feels exactly how I want it to”.

Elsewhere in the interview Eilish spoke about The World’s A Little Blurry, which was filmed between 2018 and early 2020, and how it will reveal previously unknown, intimate details about her life – including relationships.

“That was a huge part of my life,” Eilish said of a particular relationship detailed in the documentary, “and nobody knew it. It was this main thing that was taking control of my life”.

She also revealed that she found watching an initial cut of the film difficult. “It’s really about my life, me, in such a way that I was not expecting, and was pretty brutal to relive,” she explained. But that experience has been ultimately rewarding — and it gave her something equally unexpected.

“I was going through hell in certain parts of my life, and I had no idea anyone was seeing it,” she said. “The fact that they have footage of it and you can see my emotions.

“It’s like, I can’t help but think about the last episode of The Office when Erin was like, ‘How did you do it? How did you really get how we felt and what we were doing? How did you do it?’ I used to watch that episode and be like, ‘That would be amazing if somebody did that and you could rewatch those parts of your life from a different perspective.’ And I did it!”

In other news, Eilish recently released her long-awaited collaboration with Rosalía – listen to ‘Lo Vas A Olvidar’ here.