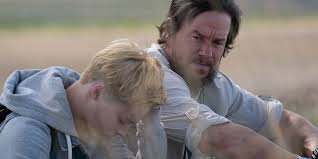 EXCLUSIVE: Solstice Studios is temporarily taking their Mark Wahlberg drama Joe Bell off the calendar in plans for a theatrical release later this year.

The decision, I hear, comes due to the continued depressed state of the domestic box office during the pandemic; this despite this morning’s great news that No. 1 movie chain AMC is warding off bankruptcy with additional funding.

The Reinaldo Marcus Green-directed movie, which Deadline first told you Solstice picked up at TIFF for $20M, was originally planned for a Feb. 19 release in consideration for the 2020-21 awards season. Back in August, before Warner Bros. Tenet opened, Solstice was there for those movie theaters which were reopening with the Russell Crowe thriller Unhinged. That movie grossed $20.8M stateside, $42.8M worldwide.

Joe Bell is based on the true story of a small-town, working-class father (Wahlberg) who embarks on a solo walk across the U.S. to crusade against bullying after his gay teenage son, Jadin (Reid Miller), is tormented in high school. Joe makes his way along the breathtaking expanse heading from Oregon to New York City, delivering a simple message of tolerance from a father’s perspective, hoping to reach those who may be open to hearing it from someone like themselves. Confronting many hardships, Joe ultimately shows us all that you can make a difference if you just take it one step at a time.