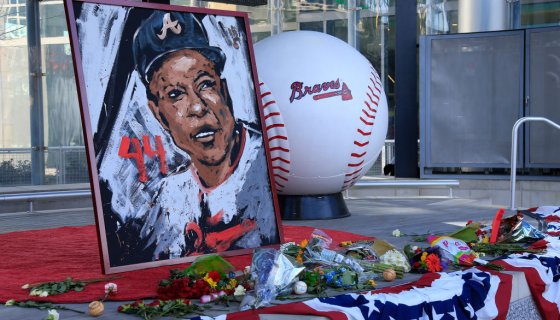 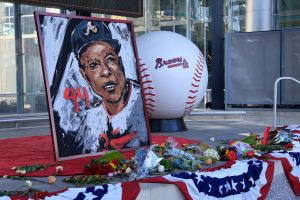 The death of legendary slugger Hank Aaron is still heavy on the minds of many and new details about his passing have emerged. After concerns were sparked that Aaron died of complications from the COVID-19 vaccine, it has been confirmed that the MLB legend passed away from natural causes.

Atlanta outlet 11Alive reports that an investigator with the Fulton County Medical Examiner’s office confirmed that Aaron did indeed die of natural causes. Earlier in the month, Aaron joined with a number of Atlanta notables such as Andrew Young in receiving a round of the two-shot vaccine.

According to Young, Aaron did not have any adverse reactions to the vaccine and explained to 11Alive his view of things.

“I talked to the fella who was his driver, and I said, ‘was hank feeling any discomfort or any problem over the last few days?’ and he said, ‘no, he wanted to keep his schedule,’” Young told the outlet.

Concerns around the rapidly-developed vaccines have been cropping up as the coronavirus pandemic continues its vice grip on the nation and other parts of the world. However, the vaccines have been deemed safe by the highest medical authorities in the land and an extensive rollout to combat the spread of the virus has been underway since late last year.

The loss of Hammerin’ Hank has been a tough one to endure for baseball fans who admired his ability to hit it out the park and standing tall in the face of racist threats as he shattered Babe Ruth’s longstanding home run record.

Aaron passed away on Jan. 22 at the age of 86 and reportedly died in his sleep according to statements from his former team, the Atlanta Braves.