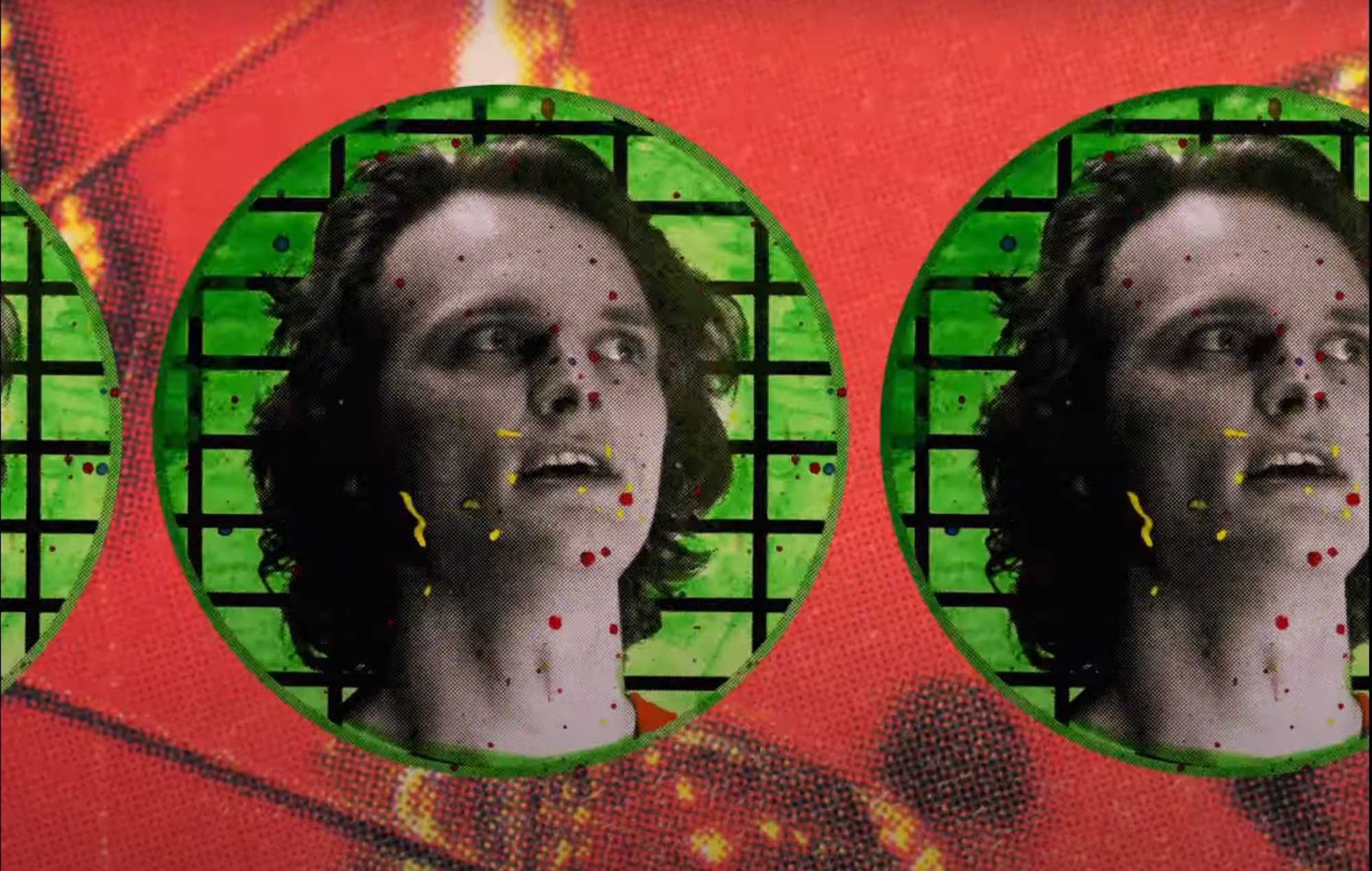 King Gizzard And The Lizard Wizard have shared ‘O.N.E.’, the second single from their forthcoming new album ‘L.W.’.

The new track begins with cooing harmonica, and Mackenzie singing the full title in falsetto: “One Night Everywhere“. It then continues in the same microtonal vein as previous single ‘If Not Now, Then When?’, and resumes its riff on impending climate doom: “Human race deserves its steaming fate on a plate“.

‘O.N.E’ arrives with a music video shot by the band’s very own Ambrose Kenny-Smith. Director and editor Alex Mclarren turns his footage into a garish mixture of animation, stop-motion and collage, travelling through what seems to be a linear track through Mackenzie’s apocalyptic mind – watch it below.

Mclarren elaborated on the making of the video in his own statement. “The song itself feels as if it’s constantly moving along so I tried to keep the visuals continually moving forward and sliding into different visual styles and landscapes,” he said.

“I felt the mix of stop motion and collage through the use of found imagery and the band would help compliment the tracks lyrics and themes as I interpreted them, of dreams, nightmares, climate change, dystopias, and utopias, as well as referencing events that took place during the making of the video over 2020.

“All video of the band was shot by Ambrose during the second lockdown restrictions and I had to give notes on shooting and direct remotely which was strange but so was everything during that period.”

‘L.W.’ is set to follow last November’s ‘K.G.’, as both a standalone work and a companion piece to the previous record.

In an interview with NME, guitarist Joey Walker teased a “big year of output” in 2021, with what he said would be their most divisive music yet.

The guitarist also said a sequel of sorts to this year’s concert film Chunky Shrapnel was planned, presenting new versions of forthcoming material: “Everything’s been done in terms of a music documentary and live albums or whatever it’s going to be, but there’s a certain distilled thing we’re trying for that we really haven’t seen.”

The band also recently launched a new bootleg program, which allows fans, indie labels and more to release the band’s music how they wish. On a new website, the band have uploaded master files for nine full-length albums, including live and demo recordings, a new rarities album called ‘Teenage Gizzard’ and their 2017 free download album ‘Polygondwanaland’.