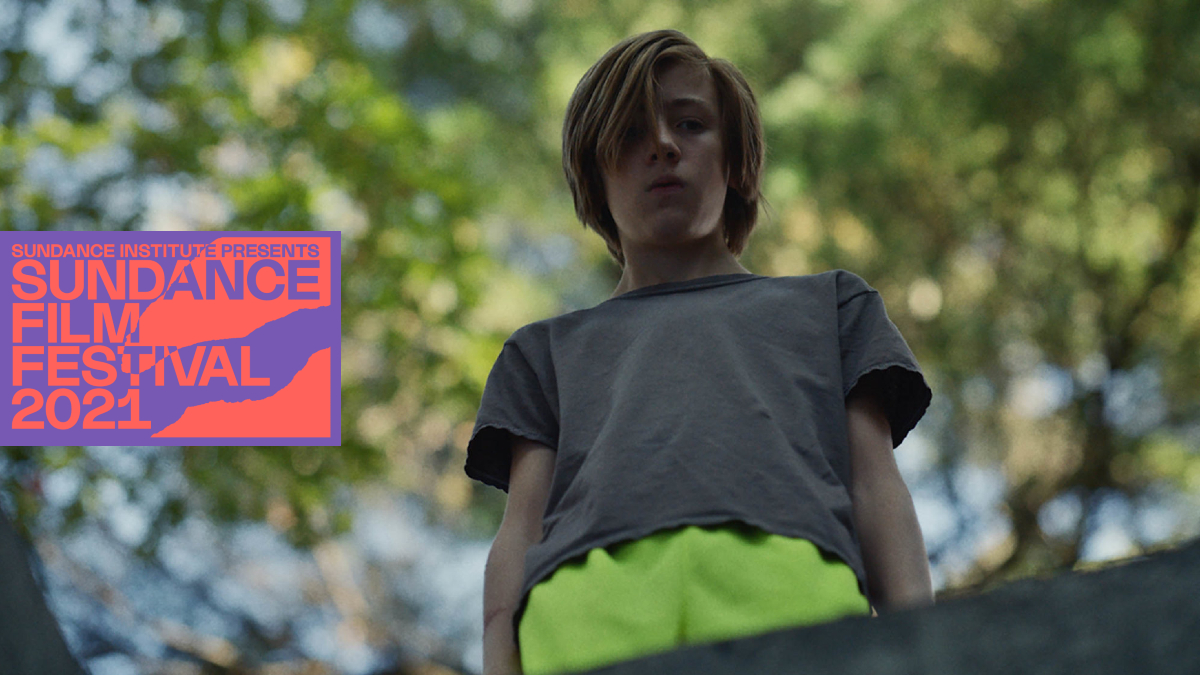 This review is part of our Sundance 2021 coverage.

The Pitch: A wealthy nuclear family comprised of father Brad (Michael C. Hall), mother Anna (Jennifer Ehle) and teen daughter Laurie (Taissa Farmiga) awaken one morning to discover youngest child John (Charlie Shotwell) has drugged and abandoned them in an underground bunker in the middle of the woods.

As sociopath John explores and rejects the responsibilities of maintaining the family home and eluding detection by friends and the police, his family is forced to bond together for survival. In time, they all must accept the truth that none of them truly paid attention to the lives of the others before this ordeal.

Elegant Decadence: John and the Hole is an elegant feature debut from visual artist Pascual Sisto. In addition to sweeping drone shots of the woods to highlight the hole’s isolation, Sisto uses framing and slight camera movement to reinforce the emotional distance of the family. John and the Hole begins and ends with dialogue-free dinner sequences, shot from the outside looking in, and blocked to emphasize the lack of interaction among the family members.

In this capacity, the film is visually sumptuous. The warm affluence of the gorgeous, massive family home, captured in slow tracking shots that evoke an open house showcase, is frequently contrasted with the bland oppressiveness of the bunker. As the film progresses, both environments begin to decay: pests and garbage begins to pile up because John has neglected to clean, while his family increasingly succumbs to dirt, grime, and bodily refuse in their cramped underground living quarters.

Hollow (W)Hole: One of the biggest criticisms of the film is that it wastes a promising premise on a shallow criticism of the lives of affluent white people. The screenplay by Nicolás Giacobone, an adaptation of his own short story, offers an excellent first act that expertly introduces the family, explores their daily lives, and establishes the apathy that they feel for each other. As the film progresses, however, Giacobone fails to offer fresh insight, even as the characters deteriorate and are forced to reckon with their choices.

The film suffers from a common issue that arises when a short is stretched out to feature length: John and the Hole lacks enough material to justify its runtime. This is most evident in the third act, which begins to drag interminably as the audience waits for the pay-off. In this capacity, the ending will undoubtedly prove divisive to mainstream audiences as the film eschews easy answers or a conventionally cathartic resolution.

As a result, John and the Hole is more of a collection of memorably uncomfortable scenes as opposed to a cohesive (w)hole.

Fables: Mixed into the dominant narrative are recurring interludes with a mother, Gloria (Georgia Lyman), and her 12-year-old daughter Lily (Samantha LeBretton). These brief scenes occur three times – at the 35, 72, and 100 minute mark – and seemingly confirm that John’s battle with his family is actually a story that Gloria is telling Lily.

This structural framing device is jarring and becomes increasingly less effective as the film proceeds. The dialogue, in particular, is abrupt and deliberately off-putting: The conceit is that Gloria treats Lily as an adult who should be capable of taking care of herself, while Lily protests that she is still a child. It’s an obvious commentary on the journey to adulthood that John is experimenting within the main narrative, but the intonation and non-naturalistic presentation of Gloria and Lily’s sequences evoke comparisons to Yorgos Lanthimos in a way that does John and the Hole no favors.

The Verdict: Despite strong performances and elegant direction, John and the Hole is a hollow examination of the lives of the wealthy, masquerading as a fable about growing up. What begins as an exciting and thematically rich premise soon wears out its welcome with a sagging runtime and a meandering third act. Ultimately, John and the Hole is too weird for mainstream audiences and not weird enough to become a cult favorite.