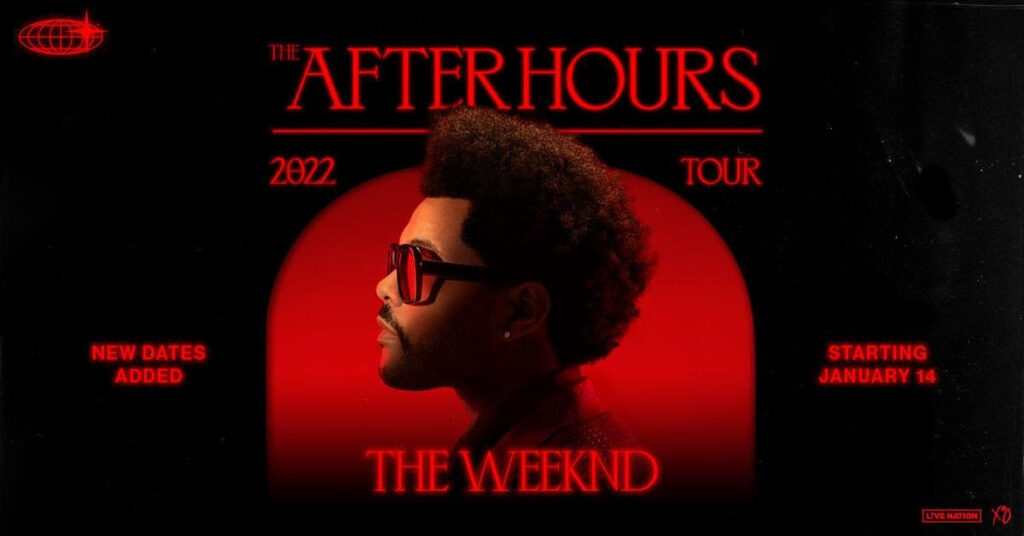 The Weeknd is going to make the tour bus his second home in 2022. The Grammy winner has shared a revised itinerary for his world tour in support of his latest album, After Hours, with 39 new dates. The 2020 and 2021 shows were postponed to adhere to the concerns surrounding the global pandemic.

The Weeknd will make up for lost stage time when he launches his now 104-date tour on January 14, 2022, at Rogers Arena in Vancouver, British Columbia. He will play dates across North America in major cities such as Toronto, Chicago, Brooklyn, Boston, Atlanta, Los Angeles, San Antonio, and Nashville, before wrapping up on May 1, 2022, at Tacoma Dome in Tacoma, Washington.

On September 10, 2022, The Weeknd will travel overseas for The Afters Hours Tour‘s European leg. He will make rounds to cities like Munich, Berlin, and Paris ahead of his final stop on November 16, 2022, at the O2 arena in London.

Tickets go on sale on Monday, February 8, via his official website.

This Friday, The Weeknd releases The Highlights, a career-spanning album featuring some of his biggest and favorite songs. The compilation arrives two days before the Canadian superstar headlines the Super Bowl LIV Pepsi halftime show.

The After Hours Tour Dates