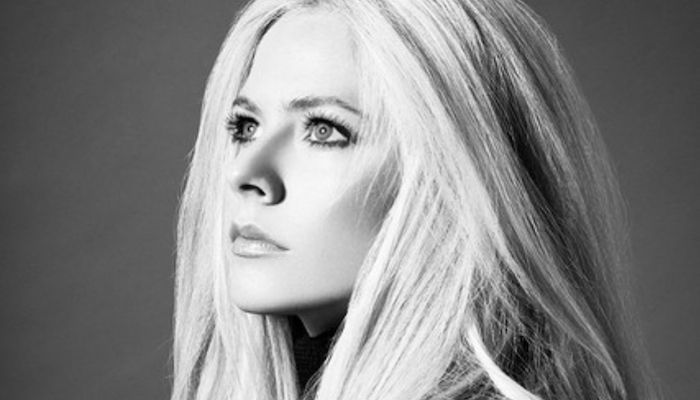 It looks like Avril Lavigne has officially wrapped the recording process for her highly-anticipated new studio album.

This week, Lavigne confirmed the news and even revealed when fans can possibly expect to hear the entire LP.

Over the past few months, Avril Lavigne has been hard at work in the studio on her upcoming full-length album. For the forthcoming release, Lavigne teamed up with legendary producer John Feldmann and MOD SUN. Back in December, Feldmann told Wall Of Sound that Lavigne is returning to her pop-punk roots for this next album which marks her first release since 2019’s Head About Water.

Just last week, Lavigne channeled her inner Mark Hoppus while in the studio with Feldmann. She posted a video to her Instagram Story of her rocking out on bass.

Now, it looks like Lavigne has officially finished recording her new material. Earlier this week, she revealed on Instagram that her new music is “coming soon.” As well, fans can expect to possibly hear the full album this summer.

“It’s done,” she says. “Music coming soon. For sure summer.”

Read more: Alexi Laiho’s posthumous EP with Bodom After Midnight is on the way

So far, Lavigne has given a few glimpses into the recording process behind her new music. Back in December, she teased that a collaboration with Machine Gun Kelly may be on the way. Lavigne posted some behind-the-scenes photos in the studio that include an image of MGK seemingly tracking vocals in the recording booth.

In January 2020, Travis Clark shared that he was actually working in the studio with MGK and Lavigne. The We The Kings frontman exclusively told Alternative Press that the trio collaborated together on some new music. However, it’s unknown if this project will appear on Lavigne’s upcoming album.

“[With Avril], she was like, ‘Hey, I see that you post pictures with your buddy Machine Gun Kelly. Do you think you would want to write?’ And I was like, ‘Yeah!’ So I texted him. I was like, ‘Yo, you want to work on a couple [of] songs with me and Avril for her record?’ And he said, ‘Absolutely.’ So that all parlayed and ended up snowballing into each other. I end up in really cool sessions that I just never thought I would ever really be a part of.”

Lavigne kicked off 2021 with her explosive new collab with MOD SUN called “Flames.” After weeks of teasing the collaboration, the duo finally unleashed the new song along with a powerful music video. Although “Flames” is set to appear on MOD SUN’s new album Internet Killed The Rockstar, the single offers a possible look into the sounds fans could hear on her new album.

While we wait for Avril Lavigne’s new album to arrive, “Flames” is available to stream below.

Are you ready to hear Avril Lavigne’s new album? What do you think her new music will sound like? Let us know in the comments below.