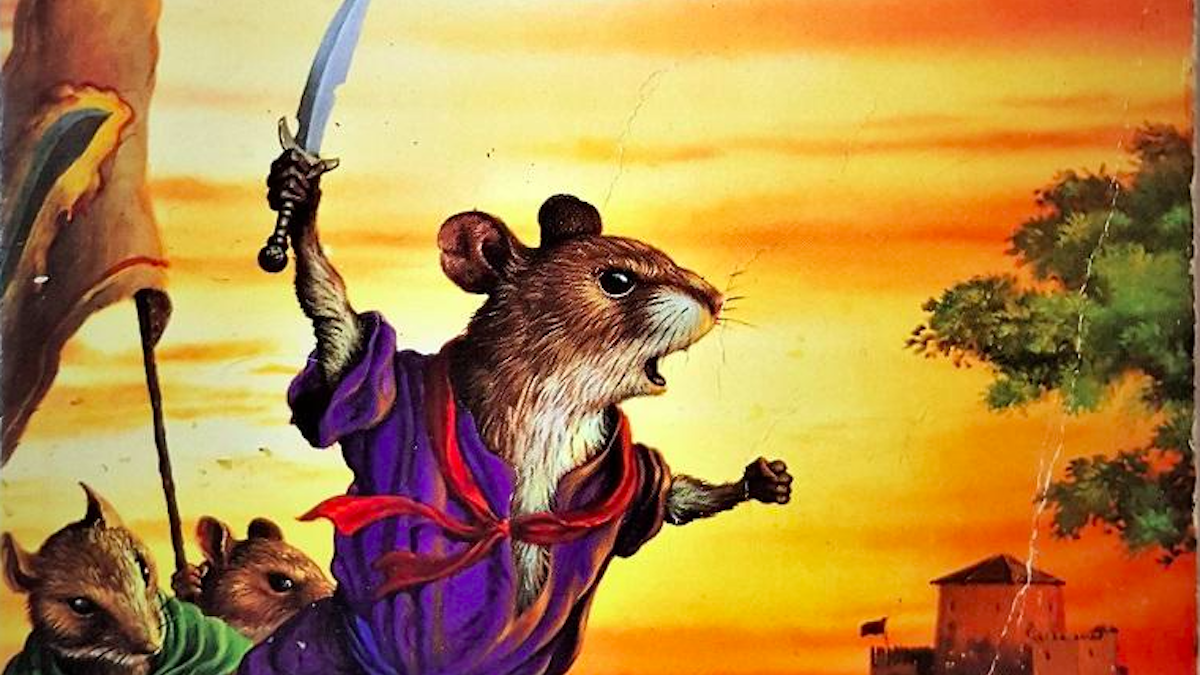 Redwall Abbey is once again in danger. As Variety reports, Brian Jacques’ beloved Redwall book series is being adapted by Netflix into an animated series and feature film.

From 1986 until his death in 2011, Jacques wrote 22 books set amongst the anthropomorphic denizens of Redwall Abbey and Mossflower Wood. The action lands somewhere between The Lord of the Rings and The Wind in the Willows; with heroic mice, badgers, moles, and hares defending themselves against predatory adders, weasels, foxes, and more. While typically categorized as fantasy, there’s no overt magic, except perhaps for the sword of recurring character Martin the Warrior, which was forged from a meteorite and is believed to have special powers. Instead, the stories read as tales of swashbuckling and derring-do featuring protagonists who are absolutely adorable.

The movie will be based on the book that started it all, 1986’s Redwall. Patrick McHale, creator of Cartoon Network’s Over the Garden Wall, will pen the script. As for the series, Netflix is planning it around the only mouseketeer we acknowledge, Martin the Warrior.

While three of the Redwall stories were turned into a 1999 animated series, this is the first time that the whole catalogue of 22 books has been optioned for adaptation.“We couldn’t be more delighted to announce this deal,” said Ben Horslen of Penguin Random House. “These perennially popular stories have been etched onto the hearts of millions of readers, and we are thrilled to partner with Netflix to bring those beloved characters on screen for families worldwide to enjoy.”

This is just the latest animated project from Netflix, which also has the musical The Witch Boy and Guillermo del Toro’s Pinocchio coming down the pipeline.