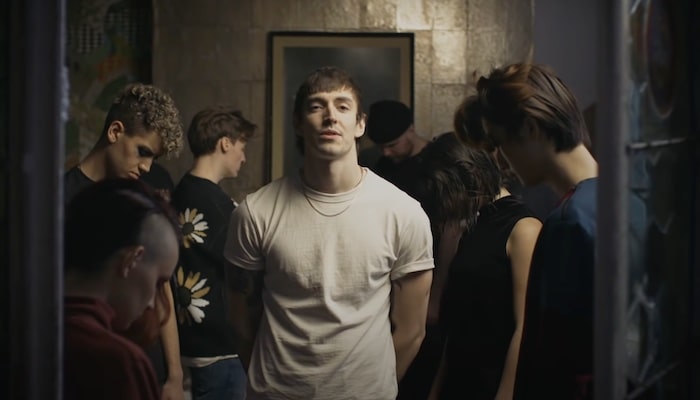 Trash Boat are kicking off 2021 with their explosive new single “He’s So Good,” a concept piece that tackles the homophobia many face every single day.

For the new single, Trash Boat are teaming up with Hopeless Records‘ Sub-City not-for-profit. Together, they are donating proceeds from the single’s merch sales to AKT, a charity that helps LGBTQIA+ youth at risk of homelessness throughout the United Kingdom.

It’s been a minute since we last heard new music from Trash Boat. Back in 2018, they dropped their last full-length album Crown Shyness which features tracks such as “Shade” and “Inside Out.” Since then, they’ve gone on to release “Synthetic Sympathy” and “Given Up,” their cover of Linkin Park released as part of the 2019 Songs That Saved My Life compilation.

Now, Trash Boat are back with a powerful new message in their new single “He’s So Good.” The timely new track is a concept piece about a young man who manages to stay positive and go on with his life despite facing abandonment and the toxic homophobia around him.

The topics discussed in “He’s So Good” hit close to him for Trash Boat. In particular, lead singer Tobi Duncan revealed just how his personal life mirrors the story told in this new single.

“Mercifully, my background is love and support,” Duncan says. “I come from a family who never expected me to be anything other than myself [and] will always be thankful for that. [I] never felt the need to announce that I felt differently, because I didn’t feel different in a way that was upsetting me. I have a brother, a cousin and an uncle, all gay. No issues, just love. I too was interested in men the same way I was with women [and] reserve my right to be attracted to any one human in the world regardless of their gender/ orientation or whatever. Why box myself in? A label seems limiting. I just felt like me and felt comfortable being so with the support of my family and friends.”

For the release of “He’s So Good,” Trash Boat are joining forces with Hopeless Records’ Sub-City not-for-profit. 20 percent of proceeds from the single’s merchandise sales are going to AKT, a charity dedicated to helping LGBTQIA+ youth at risk of homelessness in the U.K.

“It will never cease to amaze me that people can let such a benign thing as sexual preference or gender identity have such a dramatic impact on their concept of morality,” Duncan continues. “Even to the point where they would abandon their child. As if the deviation from the status quo of human presentation and partnership for procreation was an affront to the very essence of what it is to love. I wanted to put that energy into a song. I want people to know that it is written with them in mind. [I] want people to be able to use the topic as a point of pride and enjoy listening to music that makes them feel confident and heard. Ask anyone who knows me well, they know this isn’t a shy topic for me! There’s just a time and a place. And it’s now…”

The entire “He’s So Good” merch collection is available to shop here.

What are your reactions to Trash Boat’s “He’s So Good” video? Let us know in the comments below.